JAMPRO, the Jamaican Film Commission, is looking to the future with the appointment of Carole Beckford as the organisation’s new Film Commissioner. In her new position, Beckford will oversee all of Jamaica’s cultural industries. 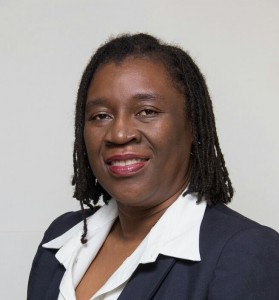 Beckford has a background in journalism and sports marketing, and for a time was in fact in charge of publicity for superstar Jamaican sprinter Usain Bolt. Having worked with the elite of the athletics world, Beckford brings with her strong media connections, and Jamaica already has strong relationships with certain parts of the world, like the US, Europe and South Africa.

Developing Jamaica’s broader international appeal as a movie location through JAMPRO will be a gradual and long-term goal. This is especially true as the country lacks a truly competitive filming incentive programme, something which is increasingly important as a way of securing big-budget Hollywood features.

“Jamaica offers the best backdrops of anywhere in the world,” Beckford explains: “We have a huge diversity of locations and a very strong technical crew base so that visiting productions only need bring their main creatives with them for a shoot – everyone else can be hired locally.”

Beckford adds that Jamaica has a thriving commercials industry, aided in no small way by Usain Bolt himself, who shoots the majority of his advertising campaigns locally. As with many of the world's sporting stars, commercial producers come to him.

“We are having ongoing discussions with the Ministry of Finance about the possibility of filming incentives for Hollywood features,” Beckford continues: “We will know more later in the year. In the meantime we know we are technically the best and will continue to roll out the red carpet and technical expertise for visiting productions.”