The BBC filmed on location in London and Morocco for new drama miniseries The Honourable Woman, doubling the African country for parts of the Middle East. Maggie Gyllenhaal stars as a woman drawn into political turbulence and intrigue as she inherits her father’s arms business. 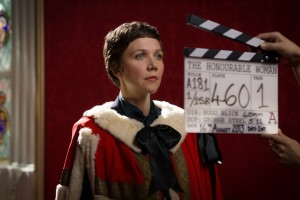 Funded largely by the BBC, filming was led by Drama Republic, Eight Rooks Productions and Sundance TV, with Hugo Blick directing his own script. Most of the 97-day shoot took place on location in London, but with crucial scenes set against the backdrops of Palestine and Israel, the production team also needed international locations.

“We scouted both Israel and Jordan, and the service companies we met there were very good,” explains producer Abi Bach.

“Unfortunately our timing coincided with a surge of general political unrest in the region and in Syria. It was tricky because we were scouting in May for a November shoot and we had no real idea what the situation would be months down the line.

“Given the political content of our story and the insurance issue, we decided it was too tense in Israel and Jordan, and would be more appropriate to film further afield.”

Given the political content of our story and the insurance issue, we decided it was too tense in Israel and Jordan.

Morocco became the new focus and Executive Producer Greg Brenman sought advice from filmmaker Paul Greengrass. The director had experience working in Morocco for Iraq war drama Green Zone and The Bourne Ultimatum, and he had just returned from shooting in the area with Tom Hanks on the modern piracy drama Captain Phillips.

Blick and his Honourable Woman team recruited K Films in Casablanca as their servicing company and spent three weeks filming in the region, including several days in the desert near Marrakech. 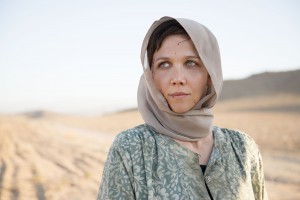 “It’s the go-to part of the world for biblical dramas,” Bach comments: “Filming locally involved building the trust of locals. We built a border crossing and also a conflict zone set with rubble and wrecked cars in the town of Douar el Ghadban. Also, we had to adjust to certain location filming restrictions. It wasn’t a case of being able to move around freely, as were more used to doing in London - we had to stay within our permitted locations.”

Morocco is a regular stand-in for Middle East locations. Indeed, the BBC has filmed there for both its family fantasy Atlantis – which shoots studio work in Wales – and its upcoming TV drama The Ark, telling the biblical story of Noah. New US drama series Tyrant filmed its pilot in the country before relocating to Israel.

The Honourable Woman starts on BBC Two on 3 July in the UK and on 31 July on the Sundance channel in the US.