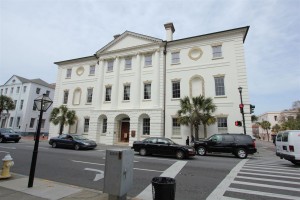 “We are thrilled that the Reckless cast and crew have found a home in Charleston and welcomed it as a main character of the show,” said Duane Parrish, Director of South Carolina Department of Parks, Recreation and Tourism: “The series really highlights all that the city has to offer and showcases the city’s diversity throughout the season.”

In addition to local wages, the Reckless production team spent nearly USD10 million with local vendors and bought 16,000 hotel nights in the area.

We are thrilled that the Reckless cast and crew have found a home in Charleston and welcomed it as a main character of the show.

The state faces stiff competition from neighbouring North Carolina, which hosted domestic terrorism drama Homeland until the show's shift to South Africa. However, the state is currently embroiled in a long-running debate about the future of its 25% filming tax credit, which is currently set to expire at the end of this year.

Georgia borders South Carolina to the west and offers a filming incentive of up to 30%, as well as comprehensive studio facilities. Atlanta has become one of the top production hubs in the US and the region is home to long-running zombie drama The Walking Dead.