Upcoming crime drama Backstrom filmed in Vancouver, doubling the city for Portland, Oregon. The show features US comedy star Rainn Wilson in his first dramatic role as a disgruntled detective in the vein of Gregory House. It’s based on a Swedish book series by writer Leif GW Persson. 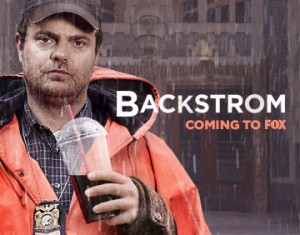 “We would have loved to shoot the series in Portland,” said Hart Hanson, the show’s Executive Producer, in comments to Portland Monthly: “Our star, Rainn Wilson, is a Seattle boy and his wife, the writer Holiday Reinhorn, is from Portland. The studio looked into Portland, and the fact is that the incentives to shoot in Vancouver were simply too big to ignore.

“I have the distinction of having three cities annoyed with me: Portland, because we’re set in Portland but shooting in Vancouver, LA, because they are losing production to other cities, and Vancouver because they’d love to play themselves in a series for once instead of pretending to be somewhere else.”

Oregon offers a 20% cash rebate as a filming incentive and has attracted the fantasy series Grimm, as well as the long-running TV drama Leverage and action series The Librarian, both from producer Dean Devlin. However, the state has an annual film fund of just USD10 million, which is not enough for some dramas and large-scale features.

Vancouver is considered one of North America’s most film-friendly cities and routinely doubles for locations around the world. It’s become particularly useful as a stand-in for California, most recently in Dawn of the Planet of the Apes and in Gracepoint, the US remake of the hit UK child murder drama Broadchurch.