Filmmaker Ron Howard shot partly on location on the Canary Islands off the coast of Morocco for his historical true-life survival tale In the Heart of the Sea. Location Manager Christian McWilliams talks to The Location Guide about doubling the Atlantic islands for the Ecuadorian coastline. 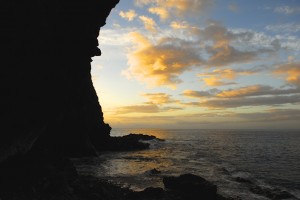 The story recounts the fate of a whaling crew in 1820. When their ship the Essex was sunk by a whale in the Pacific, the crew made a desperate attempt to reach the Ecuadorian coastline, suffering from starvation, dehydration and ocean storms. The account went on to inspire the classic novel Moby Dick.

Howard filmed tank and stage work at Leavesden Studios in the UK, but many of the ocean-set scenes were filmed on the islands of La Gomera and Lanzarote in the Canaries.

McWilliams was called on to find a calm ocean location for a four-week shoot. He recalls: “Next morning the producer rings again: ‘Have you found it?’ Yes, I replied, I think we have it – an island called La Gomera. ‘Where?’ the producer asks: ‘La Gomeron? Ron, they have found calm sea. Come and see the map-’”

The brief for the physical location scout involved finding a coastline that could double for 1820s Ecuador, and a remote island for scenes where the surviving crew of the Essex are washed up on an atoll. Tenerife was in fact part of the initial studio brief as it was known as a film-friendly location, but McWilliams considered La Gomera a better option.

“It was a location scout’s dream,” McWilliams recalls: “Beaches and islands, Spanish beer and Palma ham were on my mind as I left London town behind, bound for the warm shores of the Canaries. Upon arrival, I asked the Spanish location scout Yanira de Armas-Tosco about what I could actually expect from La Gomera. ‘It’s very small – we never shoot there, apart from aerial stuff,’ she replied: ‘It has beautiful forests and we did some stuff there for Clash of the Titans, but only with a small crew. It’s really a place to go on holiday.’”

Ron Howard, an amazing filmmaker, director and human being, picked up on the atmosphere, the light and the opportunities.

McWilliams and his team remained on the island for seven months, using the coastal community of Playa Santiago as their base. The port town proved an ideal location with a quiet harbour and even a spacious hotel.

“Ron Howard, an amazing filmmaker, director and human being, picked up on the atmosphere, the light and the opportunities,” McWilliams continues: “On his first scout he took photos of La Gomera and posted them on Twitter.” 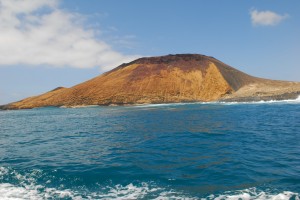 Through dialogue with local authorities part of the port of Playa Santiago was set aside for filming and the production team installed electricity in the fishermen’s bait huts as part of the deal. Pontoons and Reinforced Inflatable Boats were used to prep the shoot and a separate base camp ferry boat offered changing and toilet facilities.

McWilliams also pushed for a weather plan and the team ended up building a shallow pool on a remote beach that proved a massive cost-saver when the shoot was affected by dramatic flash-floods.

“One of the greatest challenges as a Location Manager, in any remote place, is convincing the producers to have a back-up plan, to spend money on an insurance policy in the event of bad weather,” McWilliams adds: “The Canary Islands are remote and generally sunny, but bad weather always follows a movie and when I see an ‘Exterior’ day on the schedule with no weather plan, I am always very nervous.”

The pool was purpose-built with a 180-degree view of the sea and became an essential resource when conditions on the open ocean were too rough for filming. A central gimbal was used as a hidden mount for an Essex rowboat and a wave machine helped create rough but controllable conditions. The entire structure was wrapped in a green screen to aid the visual effects process and create the open ocean.

“The wonderful local population was very supportive and the local Mayor gave us his office,” says McWilliams of life on La Gomera: “The cafes and restaurants could not believe it – we drank the bars dry, ate all the tuna and the local school children were given autographs by the wonderful Chris Hemsworth.”

In the Heart of the Sea is scheduled for release in late 2015.