California is still a popular filming location for commercial shoots, despite steadily losing out on feature and TV drama production. Eric Brown runs Fixer Films and explains that commercials have not been as affected by California’s limited filming incentive as big-budget films and drama series. 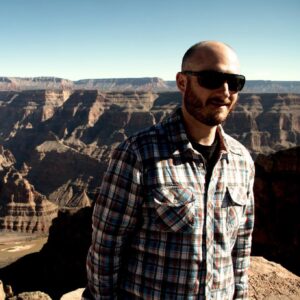 Brown has more than ten years experience as a location and production professional and runs Fixer Films from a base in California. The company covers the whole of North America, but tends to work primarily in Los Angeles and New York.

“California offers the most variety in landscapes anywhere in America with its modern downtown, manicured suburbs, snow-capped mountains and beautiful beaches,” Brown explains: “New York is a one-of-a-kind place with the most recognisable skyline in the entire world. It’s virtually impossible to fake, even though many have tried to do so in other North American cities. A New Yorker will always be able to tell the difference.”

Los Angeles and California as a whole has suffered what Brown calls a “brain drain” of sorts in recent years, with big-budget features and high-end TV dramas largely chasing better filming incentives to shoot elsewhere in the US or in other countries. California’s limited filming tax credit is allocated using a lottery system and doesn’t support productions with large budgets.

“In terms of finding a crew, cast and locations, LA is still very hard to beat,” Brown continues: “There is hope that since runaway production has taken such a toll on the film industry in California that the politicians are finally going to expand the measly incentives that have driven much of the film and TV production to places like Louisiana, Michigan, Massachusetts and New York.”

Commercial projects that Fixer Films takes outside Los Angeles or New York usually need specific crops or more exotic locales, or the crew need to respond to the location demands of a celebrity.

“With budgets and timing being what they are,” Brown says, “I find myself thinking in terms of production hubs and proximity to talent. The service production budgets that I get really don’t accommodate large-scale travel to remote areas of the US so we find ourselves taking advantage of the film crew diaspora and shooting in cities other than Los Angeles and New York.”