Four separate film companies in Thailand have come together to form a new studio that aims to boost the country’s production industry and expand its influence in China. Transformation Film has USD5.5 million in registered capital and plans to release up to six movies a year. 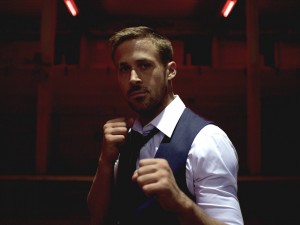 “We see the Thai movie industry has a bright future, particularly exporting titles to China, where they love Thai stars and share common interests,” said Sa-Nga Chatchairungruang, CEO of Transformation Film, in comments to the Bangkok Post.

Thailand has so far resisted pressure to introduce a formal filming incentive programme, preferring instead to attract international shoots like Ryan Gosling's Only God Forgives on the strength of its distinct visuals and cheaper production costs. The country also faces pressure from neighbouring Malaysia, which offers a 30% filming incentive and recently opened Pinewood Iskandar Malaysia Studios.

Meanwhile, China has become the world’s second-largest film market and production industries around the world are looking for new ways to capitalise. Transformers: Age of Extinction has been the latest international success story in the country. The production spent several weeks filming in Hong Kong and on the mainland, and the movie has since become the most successful in Chinese box-office history.

China is also set on expanding its global influence, having now made its first investment deals in US productions and setting out plans for new film studios of its own.