New crime drama NCIS: New Orleans is filming on location this week on a Navy destroyer in Baton Rouge. The USS KIDD Veterans Museum is a decommissioned World War II-era destroyer permanently stationed in Baton Rouge as a memorial to Louisiana’s war veterans. 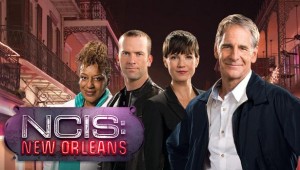 NCIS: New Orleans is a new spinoff show from long-running ratings hit NCIS (Naval Criminal Investigative Service), which is one of the most popular TV dramas in the US.

“We are thrilled to announce that NCIS: New Orleans has selected the USS KIDD as a location for one of their upcoming episodes,” said USS KIDD Executive Director Alex Juan: “This partnership couldn’t come at a better time as we’ve been looking for creative ways to generate more income and having NCIS film here will not only help us financially but will highlight both the KIDD and the city of Baton Rouge.”

NCIS is set in Washington, DC, but films on location in California. The New Orleans spinoff was launched earlier this year with episodes that were only partly filmed in Louisiana, with studio work shot in Los Angeles.

Having NCIS film here will not only help us financially but will highlight both the KIDD and the city of Baton Rouge.

Louisiana’s filming incentive has turned the state into one of the top production hubs in the US, making it a viable permanent base for a potentially long-running TV drama. In recent months the state has also hosted shoots for Terminator: Genisys and Jurassic World.

Dawn of the Planet of the Apes filmed largely in New Orleans, turning the city streets into San Francisco. California rarely hosts big-budget features for long-term shoots because of its limited filming incentive, although several recent movies, including Terminator: Genisys, Dawn of the Planet Apes and upcoming earthquake disaster film San Andreas, have spent a few days in San Francisco.