Beer brand Bud Light has taken over the main street of a town in the US state of Colorado for a controversial new commercial campaign. Crested Butte will become ‘Whatever, USA’ for the weekend and the campaign will fly in a thousand young adult competition winners for a party in the town. 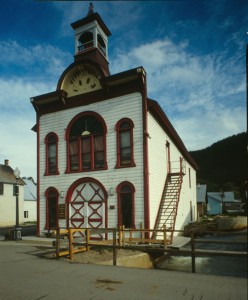 The campaign has proven controversial locally as some of the town’s residents have disapproved of the idea of turning over their high street to a beer brand for the weekend.

Brewer Anheuser-Busch in fact doubled its compensation payment to USD 500,000 in order to win over the town’s authorities, who say that the money will have an impact on the town’s annual budget of USD 10 million, the New York Times reports.

“It is not every day that you have a company that comes in and says: ‘We want to donate half a million to your community. We want to hire your locals. We want to work with your bars and restaurants,’” said Aaron Huckstep, Mayor of Crested Butte, according to the outlet.

Anheuser-Busch reportedly scouted hundreds of towns for the campaign and had a back-up in case Crested Butte voted to turn them down.

Colorado is not yet particularly known as a production centre but offers a 20% filming incentive that applies to commercials as well as features and TV shows. Action movie Fast & Furious 7 filmed on the Pikes Peak Highway in the summer of last year and Johnny Depp’s big-budget Western The Lone Ranger filmed scenes in Creede in the south-west of the state.