Australia offers $20m filming incentive for Pirates of the Caribbean 5

Australia has offered Disney a filming incentive payment of a little over AUD 20 million in a bid to lure Pirates of the Caribbean: Dead Men Tell No Tales. The studio reportedly plans to shoot the fifth film in the adventure franchise next year but the filming location has not yet been confirmed. 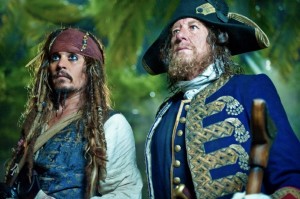 In April last year, Disney was offered a filming incentive to bring a big-budget remake of adventure classic 20,000 Leagues Under the Sea to Australia, but the production appears to have floundered since losing its director, David Fincher.

Disney had requested that the incentive deal be transferred to Pirates of the Caribbean, but with an increase of Australia’s Location Offset from 16.5% to 30%. The 16.5% figure has been a source of controversy within the Australian industry for several years, with big-budget Hollywood movies routinely calling for an increase as a condition for shooting in the country.

In this case, the language coming from the Australians gives Disney the option to apply the filming incentive deal to either 20,000 Leagues Under the Sea or Pirates of the Caribbean, but stops short of increasing the original deal.

International producers filming in Australia can access the 16.5% Location Offset and can also negotiate an additional one-off payment from an annual AUD 20 million fund.

Australia reportedly faces competition from Mexico to host the Pirates of the Caribbean sequel. Baja Studios is south of Tijuana near the US-Mexico border and offers a series of water tanks, having originally been developed to host James Cameron’s Titanic in the late 90s.

International producers filming in Australia can access the 16.5% Location Offset and can also negotiate an additional one-off payment from an annual AUD 20 million fund.