Atomic Fiction has become the latest visual effects company to open an office in Montreal, Quebec. The company’s recent projects include the new Teenage Mutant Ninja Turtles movie, Transformers: Age of Extinction and Need for Speed. 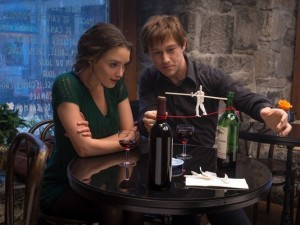 The firm will retain its California base but plans to expand its Canadian presence in the coming years. It recently operated from a temporary space while working on Robert Zemeckis’ new feature The Walk (right), which also shot in Montreal to tell the story of an infamous high-wire walk between the towers of the World Trade Center in 1974.

Atomic Fiction is just the latest visual effects company to open a Montreal office, with Technicolor and Cinesite having made similar announcements over the past year. Sony Pictures Imageworks is shifting its headquarters from California to Vancouver.

Quebec offers a 25% base filming incentive, plus a separate 20% programme for visual effects work done in the province, making it a fertile market for companies looking to expand.

Canada will face increased competition when California’s general filming incentive is boosted from next year. However, the California changes will centre on a massively increased film fund and expanded support for big-budget features and TV dramas, and will not yet extend to visual effects.