Marvel Studios’ superhero sequel Captain America 3 will film on location in Atlanta in the spring of 2015, becoming just the latest big-budget franchise to visit Georgia. Ant-Man is scheduled to visit the city in the coming weeks, marking Marvel’s first Atlanta shoot. 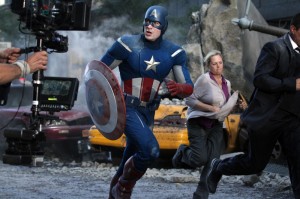 Director siblings Anthony and Joe Russo, returning to the Captain America franchise after first sequel Captain America: The Winter Soldier, told Collider they would be filming studio work in Atlanta and would be using additional locations elsewhere.

Georgia has become one of the top filming locations in the US, partly because of its generous incentive programme and strong studio infrastructure.

Almost 160 different productions spent USD 1.4 billion in the state in the last fiscal year, with the overall economic impact considered to be considerably higher. The Hunger Games franchise is now based in Atlanta and the Divergent movies are also filming in the city, while high-profile male stripper sequel Magic Mike XXL is scheduled to shoot in Savannah in the coming weeks.

It seems, however, that Georgia’s production industry is still playing catch-up with the state’s popularity surge. In July Marvel’s President of Physical Production warned in comments to Associated Press that local crew availability was suffering due to the sheer number of productions in and around Atlanta.

Georgia has become one of the top filming locations in the US, partly because of its generous incentive programme.

Marvel has filmed many of its recent features in the UK, including the upcoming Avengers: Age of Ultron. However, Captain America: The Winter Soldier made the highly unusual decision to film largely on location in California where, as a big-budget shoot, it did not qualify for incentive support.

California looks set to expand its incentive support and more than triple its annual film fund from 2015, which could prompt a shift in policy from Marvel in the coming years.