Three European film funds are preparing a new collaborative film initiative. The RE-ACT (Regional Audiovisual Co-operation and Training) programme has been set up by the Croatian Audiovisual Centre, the Friuli Venezia Giulia Audiovisual Fund in Italy and the Slovenian Film Centre. 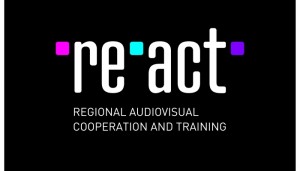 RE-ACT was announced and promoted in Venice but is set for an official launch on 13 September at the Slovenian Film Festival.

The programme is partly intended to facilitate feature co-developments between filmmakers from Croatia, Slovenia and the Friuli-Venezia Giulia region of north-east Italy. It will also have an educational element in association with TorinoFilmLab (TFL).

“This is a unique situation in Europe, to have a trilateral super-national audiovisual project, not only for production, but also for education,” said Jožko Rotar, head of the Slovenian Film Centre.

Added Sabina Neirotti, director of TorinoFilmLab: “This is a win-win situation. At TFL from the very beginning we have been working on feature film development and co-financing and opening ourselves to new regions. RE-ACT is in that sense an ideal partner; we will follow projects in all development stages and at the same time help shape the environment these films will be brought to life.”

The RE-ACT programme will come into force next year, with the training element starting at TorinoFilmLab in July and the first call for co-production funding scheduled for October 2015.