Hit fantasy drama Game of Thrones has started 33 days of filming in Dubrovnik, in the Dalmatia region of Croatia’s Adriatic coast. The show, in production on its fifth season, is a repeat visitor to the historic city, which stands in for the drama’s iconic Kings Landing location. 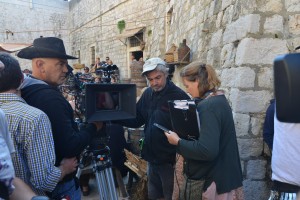 Game of Thrones is based in Belfast, Northern Ireland, but also uses Iceland as a secondary filming location, as well as Dubrovnik. Over four seasons the drama has also shot in locations such as Morocco and Malta, while Spain will be a new addition for the current fifth series.

Croatia filming for the new season has also included Šibenik, Split and Klis, locations further north along the Adriatic coast. Embassy Films is servicing the production.

Cable network HBO is projected to spend nearly EUR 6 million in Croatia and will get a little over a million euros back as a filming incentive payment. Croatia made about EUR 3.3 million in direct production spending when the 20% filming incentive was launched in 2012 and this figure rose to around EUR 7.6 million last year, according to the Croatian Audiovisual Centre.

Nearly a dozen different productions applied for incentive support in the first eight months of this year, which could help bring direct production spending to nearly EUR 13 million for 2014.

Cable network HBO is projected to spend nearly EUR 6 million in Croatia and will get a little over a million euros back as a filming incentive payment.

“Without HBO’s initial trust it would have been very hard to roll this snowball and more difficult to prove that a small cultural institution can be a serious driver of development and profit,” said Hrvoje Hribar, head of the Croatian Audiovisual Centre: “This gives us faith that the government will keep supporting our further growth and development.”

Croatia has attracted a series of high-profile international shoots in recent months, including the US drama series Dig, which relocated from Jerusalem when violence flared between Israel and Gaza.