Filming will take place in Cheshire for the ITV Studios World War II drama series Home Fires, adapted from a novel by Julie Summers. Cheshire, in north-west England, has also recently hosted Channel 4 historical drama The Mill, following the lives of workers in the mid-19th Century. 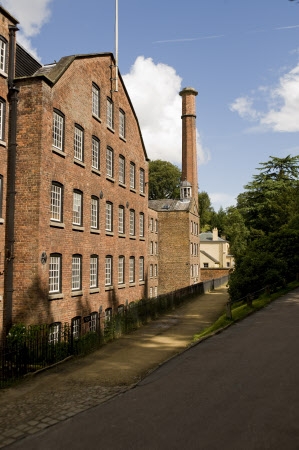 Home Fires will focus on a group of women in rural Cheshire who are increasingly affected by the impact of the war being fought on mainland Europe.

“We’re really delighted to have commissioned Home Fires,” said Steve November, Director of Drama at ITV: “Great writing from Simon [Block] has given Julie Summers' wonderful book a fictional life. The women are real and engaging and have fantastic spirit and attitude. With World War II on the horizon, multiple strands of plot interweave to create a period drama full of jeopardy and intrigue, but also great humanity and modernity.”

The Mill filmed on location at Cheshire’s Quarry Bank Mill (right) and took its story from historical accounts of 300 adults and children who worked at the mill from the 1830s. Nearby upland area the Peak District has been used as a filming location for ambitious BBC production The Village, a social drama charting the history of a single community over the course of the 20th Century.