Matthew McConaughey and filmmaker Gus Van Sant based their new movie The Sea of Trees in Worcester, Massachusetts, doubling the area for Japan. The state has recently hosted Robert Downey Jr’s drama The Judge and Denzel Washington’s vigilante movie The Equaliser. 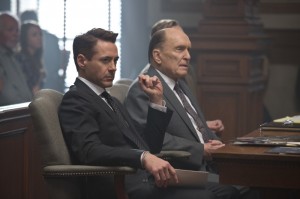 The Sea of Trees tells the story of an American who wanders into the Aokigahara forest, an infamous Mount Fuji suicide hotspot, only to find himself in a life-changing conversation with a mysterious Japanese man.

Scenes have been filmed in Japan, but shooting took place mainly in Massachusetts, which offers a 25% incentive.

“We flew with Gus Van Sant to Massachusetts and as soon as we got off the plane, we all jumped into a van,” producer Gil Netter told the Worcester Telegram: “The very first place the film commission took us to see was Purgatory Chasm. Immediately, everybody was just blown away by Purgatory. It was stunning. It was dramatic and just perfect for our story. It was at that very moment that we knew that we found one of our key locations.”

Added Erin I Williams, Worcester's Cultural Development Officer, to the outlet: “To actually have the home base offices, the administrative offices for the film be located here in Worcester and to have them do production work, constructing sets and production meets, here within the city as well, was huge for us. It meant many employed people from the region, as well as from outside, who were skilled crafts people, staying and living and working and playing in Worcester.”

Massachusetts is a popular filming location on the US East Coast, with production generally focussing on the Boston area. True-life drama The Finest Hours, recounting a dramatic 1952 Coast Guard rescue, is the latest high-profile shoot to come to the area and is filming in retrofitted warehouse facilities south of Boston.