Quentin Tarantino will be given a USD 5 million filming incentive to shoot his new movie, Western drama The Hateful Eight, on location in Colorado. The filmmaker reportedly chose the state over Wyoming, where he shot scenes for his slavery drama Django Unchained. 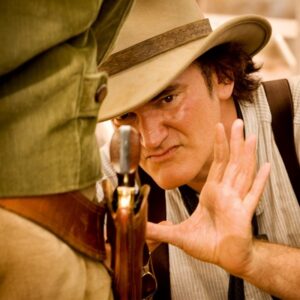 The Hateful Eight is projected to spend around USD 25 million in Colorado and will build a set at the Schmid Ranch, near Telluride in the south-west corner of the state, reports the Denver Post. Tarantino’s presence in Colorado could deliver a huge profile boost for the Mid-Western state.

“Even though there have been some big movies shot here over the years, this is the biggest thing since [the original 1969 version of] True Grit, because it's all Colorado,” the state’s film commissioner Donald Zuckerman told the outlet: “Because it's a Western, and because it's Tarantino.”

Colorado offers a 20% filming incentive and in recent years the state has attracted high-profile shoots including a stunt set-piece for Johnny Depp’s The Lone Ranger and the action franchise Fast & Furious. However, a comparatively small film fund and a lack of regional production infrastructure can make it a challenging filmmaking environment. Michael Fassbender’s upcoming Western drama Slow West is set in Colorado but filmed on location in New Zealand.

The Hateful Eight will be Tarantino’s second Western. Django Unchained was filmed largely on location on real former slave plantations in Louisiana, which were modified with additional set builds. Shooting also took place at the Melody Ranch in Santa Clarita, California, which has a standing Western town set.