A reboot of the Vacation comedy movies of the 80s is set to film on location at Atlanta Film Studios (AFS) Paulding County, in Georgia. Atlanta is among the most popular production cities in the US, partly because of its base 20% filming incentive. 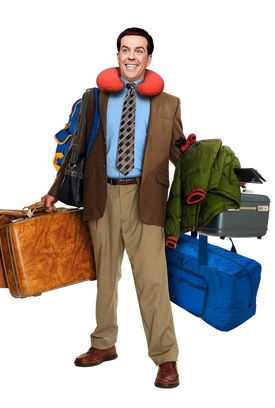 “Paulding County is thrilled to welcome Warner Bros back to Atlanta Film Studios and our community with Vacation,” said Blake Swafford, Executive Director of Atlanta’s Industrial Building Authority: “AFS loves being a part of a new beginning for this iconic movie franchise.”

Vacation will be a follow-up to the classic comedy series of the 80s, written by the popular late filmmaker John Hughes.

Atlanta is also currently host to the Hunger Games franchise and the Insurgent film series, both of which relocated to Georgia after shooting their first instalments in North Carolina and Illinois, respectively. Marvel is using Atlanta as a base for its upcoming Ant-Man and the studio could return to the state with its ever-expanding slate of superhero movies.

Other locally-produced television shows include massively-popular zombie drama The Walking Dead and new supernatural drama Constantine, a comic-book adaptation previously made into a feature with Keanu Reeves.