The Production Guild of Great Britain has announced a series of awards to be given to British production professionals at a Hertfordshire ceremony this weekend. Location Manager Sue Quinn will be recognised for her work on Tom Cruise’s acclaimed sci-fi drama Edge of Tomorrow. 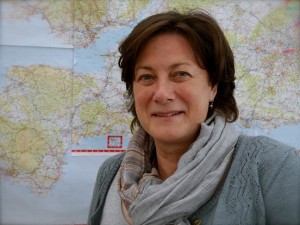 Quinn (right) negotiated the short closure of Trafalgar Square for Edge of Tomorrow, which opens with Tom Cruise landing at the central London landmark in a military helicopter. The experienced Location Manager is a veteran of numerous big-budget productions including the Harry Potter franchise and she will receive the Panavision Project Management Award.

In addition, veteran Producer Steve Clark-Hall will be given the Creative Skillset Mentor Award for his contributions to industry training. Strategic Policy Advisor Stephen Bristow will receive the Warner Bros Studios Leavesden Contribution to the Industry Award for his work in industry development and sustainability.

“The knowledge, experience, skill and determination of our members play a crucial role in achieving the final result of films and TV programmes we can all enjoy,” said Alison Small, CEO of The Production Guild.

“Their work is a vital ingredient in the UK’s track record in making successful British content, and in making the UK the destination of choice for international film and programme-makers, creating jobs, generating investment and showcasing what we can do to the world.”

The Production Guild Awards will be held in association with Warner Bros Studios Leavesden.