Collider filmed in both Australia and New Zealand for a music video for Sydney band Panama, presented as branded content for swimwear company Seafolly. Stay Forever shows models taking night-time swims before emerging together on an idyllic beach. 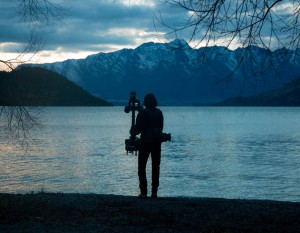 New Zealand in fact doubled for Northern Hemisphere locations, where the women enter the water at the start of the spot, before they eventually re-emerge on an Australian beach.

“We filmed in both the North and South Islands of New Zealand and the tropical coast of Queensland,” explains director Daniel Askill: “We chose New Zealand for its beautiful wintery light and European-style locations, and White Haven Beach in the Whitsundays for its iconic white sandy beach.”

Minimal changes were made to the locations during the shoot as the director wanted them “to speak for themselves”. Shots showing the women swimming underwater were filmed in a tank facility. Stormy weather proved the biggest challenge for the shots on the Whitsundays off the coast of Queensland.

“In the Whitsundays it was the weather,” Askill adds: “It rained for most of the day so this was a huge challenge for production, the DoP and the models. Thankfully they did an amazing job and it looks like a beautiful day!”

We chose New Zealand for its beautiful wintery light and European-style locations.

The Whitsundays comprise 74 different islands off the Queensland coast. Many are uninhabited and almost all are national parks. American TV sitcom Modern Family filmed on the islands earlier this year for a special Australia episode that helped raise the country’s profile in the US.

Queensland will get more international attention next year when Pirates of the Caribbean 5 uses the state as its main filming location with a base in Gold Coast.