Tourism organisation Discover Northern Ireland has launched a new web page promoting the local filming locations used in the action drama Dracula Untold. The movie filmed in and around Belfast, and also further west in places like the Giant’s Causeway. 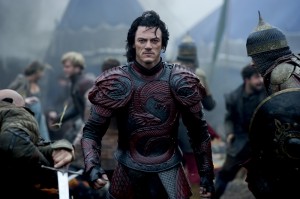 The web page offers a map detailing all the filming locations and in-depth information on the history and appeal of each place, plus interviews with Location Manager Catherine Geary.

“Northern Ireland continues to be a really popular location for filming, which comes as no surprise given the stunning landscape and locations we offer,” said Marie-Therese O'Neill of the Northern Ireland Tourist Board, in comments to the Belfast Telegraph: “In recent years one of the most successful fantasy TV shows ever made, Game Of Thrones, and a host of films have all been filmed here. It is very exciting that Dracula Untold was exclusively filmed in Northern Ireland.”

Film tourism is heavily promoted in Northern Ireland and authorities are experienced at reaching out to film and TV fans around the world. Game of Thrones has been a major factor in the rapid growth of the region’s production industry and is routinely cited around the world as an example of the potential local benefits of hosting a long-term hit TV show.

Earlier this year the drama’s fourth season launch was accompanied by a major multimedia film tourism campaign encouraging fans to plan a visit.

Beyond Game of Thrones, Northern Ireland in fact attracts relatively few international productions. In contrast, the region is hugely popular for British shoots, with examples including The Wipers Times, Philomena, Starred Up and Ben Wheatley’s upcoming High Rise.