Steven Spielberg has added the city of Wroclaw in south-west Poland to his list of filming locations for his new Cold War spy drama. Now called St. James Place, the movie stars Tom Hanks and is shooting mainly in New York and at Studio Babelsberg in Berlin. 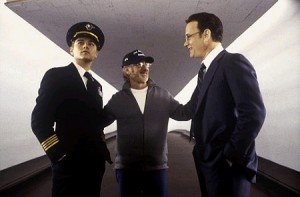 St. James Place is based on the true story of a US attorney who was asked by the CIA to negotiate the release of a downed U-2 spy plane pilot from Russian custody at the height of the Cold War. The project marks the fourth time Spielberg and Hanks have worked together as director and star.

Wroclaw Film Commission has been assisting the production for several months and the city will double for post-war Berlin.

“The shoot in New York already ended and now the crew is working in Berlin and Potsdam,” said Rafał Bubnicki of the Wroclaw Film Commission in comments to Film New Europe: “The Wroclaw shoot will take place in the second half of November and our city will represent Berlin at the turn of 50s and 60s. A Steven Spielberg film is definitely the biggest project we have been a part of so far.”

The St. James Place production team worked with several screen agencies in both New York and Germany to arrange filming in each location. New York offers a generous filming incentive programme that has turned it into one of the top production hubs in North America, while Studio Babelsberg outside Berlin is increasingly popular for US shoots.

Next, Spielberg is scheduled to direct a live-action version of Roald Dahl’s classic children’s story The BFG.