Steven Spielberg and Tom Hanks are filming a Cold War thriller in New York and in Berlin from Studio Babelsberg. Currently untitled, the film tells the true story of a US attorney asked by the CIA to negotiate the release of a U-2 spy plane pilot captured by the Russians during the Cold War. 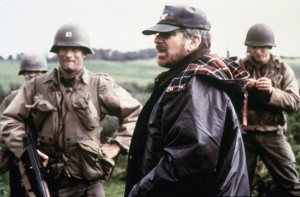 “Production in New York was possible due to support from state and local film agencies, and in Berlin, through the support of several film funds,” DreamWorks and Disney said in a statement.

Berlin has hosted a series of high-profile Hollywood productions in recent years, with shoots such as George Clooney’s true-life World War II drama The Monuments Men and Wes Anderson’s The Grand Budapest Hotel using Studio Babelsberg as a production base. Most recently the facility has hosted the Hollywood remake of Point Break.

Over the summer Babelsberg announced work on a new “modular hybrid set”. The EUR 12 million Neue Berliner Straße – or New Berlin Road – will offer classical street facades that will be interchangeable against an immense green-screen backdrop.

“We will meet the current artistic and technological demands with the Neue Berliner Straße and hope that the new offer will enable us to continue to acquire both German and international TV, advertising and feature film productions,” said Studio Babelsberg head Charlie Woebcken when the expansion was announced.

Spielberg and Hanks are likely to use Berlin as a double for Russian locations, from a base at Babelsberg. The Cold War drama marks the fourth collaboration between Spielberg and Hanks as director and star, following Saving Private Ryan (above), Catch Me If You Can and The Terminal. As producers, the pair has also worked together on the World War II miniseries Band of Brothers and its follow-up The Pacific.