Visual effects company Trixter has announced a new Canadian office to be opened in Toronto. The firm was founded in 1998 and has a relationship with Marvel Studios having worked on shoots including The Avengers, Iron Man 3 and Captain America: The Winter Soldier. 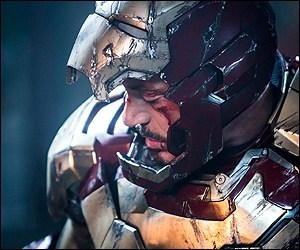 “We’ve been looking for possibilities in Canada for a while now,” said the company’s original co-founder Michael Coldewey: “Partnering with Ken [Mandeville] and Michael [Gianfriddo] is strategically the best choice, because now we will be closer to our US clients and also offer the advantages Ontario provides to our international co-productions.”

Toronto is one of the top production hubs in North America and offers a formal filming incentive programme that includes a 25% production services tax credit, helping make the city the biggest filming centre in Canada. High-profile TV shows currently in production in the city include The Strain, Suits and an adaptation of the 90s sci-fi feature 12 Monkeys.

To read about Captain America: The Winter Soldier in California click here.