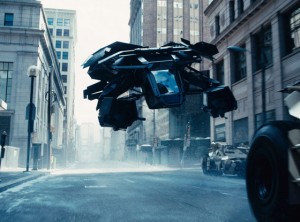 “Many of us have seen the films that have helped show the world the majesty and character of Pennsylvania,” said Governor Tom Corbett: “When completed this project will help make Pittsburgh a national leader in film production and bring more jobs, more economic growth, and more attention to a city with undeniable character.”

Pittsburgh is a popular filming location for US shoots and has recently hosted Russell Crowe’s family drama Fathers and Daughters, Jake Gyllenhaal’s boxing movie Southpaw and the critically-acclaimed wrestling drama Foxcatcher. The city stood in for Gotham in The Dark Knight Rises.

Pennsylvania’s popularity is partly due to its 25% filming incentive, although a USD 60 million cap on the state’s annual film fund is seen as a major limitation curbing the industry’s expansion. The state’s production industry is engaged in a long-term campaign to have the cap removed altogether as the USD 60 million figure is usually rapidly allocated, leaving the state unable to support additional shoots.

Annual caps are a controversial element of many state filming incentives in the US. California has had a USD 100 million cap for the past few years but will be boosting this figure to USD 330 million from 2015. Louisiana has become a top production hub partly because of an uncapped incentive, while New York is also a major filming location with a USD 420 million annual cap.