The Bottle Yard Studios in Bristol in the UK have welcomed Radium Audio as a new tenant. Increasingly popular as a film studio facility, the Bottle Yard has hosted TV shows like supermarket comedy Trollied, historical drama Wolf Hall and the Disney series Galavant. 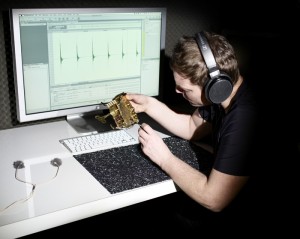 Radium Audio is an award-winning music and sound design company based in London and its Bristol office marks the first time it has expanded its presence outside the capital.

“The Bottle Yard presented a very viable option for us for a number of reasons,” explains Robyn Taylor, Radium’s Commercial Director.

“Bristol’s close proximity to London makes it logistically easier to manage the two locations compared to somewhere further afield, the area has a vibrant creative community with a great local talent base we can draw upon and the Bottle Yard’s management has offered excellent support throughout our design, fit-out and setup process.

Added Fiona Francombe, Site Director of The Bottle Yard Studios: “We’re delighted to welcome Radium Audio to their new home at The Bottle Yard. The calibre of their cutting-edge audio work is of the highest possible standard, pushing boundaries and winning critical acclaim internationally. We’re proud to have played a part in attracting them here to Bristol, a city with an already outstanding reputation for audio post production services.”

Radium Audio is the third company to have opened offices at The Bottle Yard Studios since the summer. Bristol is becoming more popular as a filming location since the UK launched TV tax credits last year.