Carnival Pictures, the company behind the hit period drama Downton Abbey, is to film a new crime drama miniseries on location in New Zealand for the BBC. The series will shoot in Rotorua on the North Island and has been provisionally titled Bay of Plenty, after the region itself. 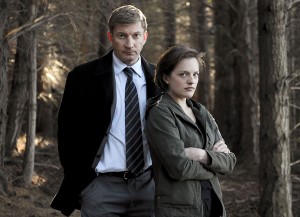 Bay of Plenty will follow a London detective who relocates to New Zealand to start a new life with her family, only to experience the darker side of Rotorua.

Libertine Pictures of Auckland and Wellington will develop the series, which will feature a local and international cast and will be crewed by New Zealanders. The shoot will be supported by the New Zealand Screen Production Grant (NZSPG) and will be the first New Zealand-oriented project to benefit from the boosted programme.

“Libertine was set up with the aim of actively working in the international market. The NZSPG and this series provided us with that opportunity,” said Richard Fletcher, Joint Managing Director of Libertine.

“We are very pleased to be working with producers of the calibre of Carnival and to have the support of the BBC and NBCUniversal. We could not wish for better partners. Their expertise and market strength are a huge asset to the series. This will give a team of New Zealand writers the chance to work with some of the world's best in television development and will provide exciting opportunities for New Zealand behind the camera talent.”

The BBC has filmed in New Zealand and Australia several times in recent years. Jane Campion’s dark miniseries Top of the Lake filmed in Otago and the drama Tatau is currently shooting in the Cook Islands. Jimmy McGovern’s Banished, telling the true story of the first penal colony in Australia, filmed near Sydney earlier this year.

Bay of Plenty has been written by Neil Cross, creator of the BBC’s successful crime drama Luther, and will start filming in the second half of 2015.