Ecosse Films headed to southern England to rebuild parts of London as they appeared in the 1660s for ITV’s ambitious new miniseries The Great Fire. The drama tells the story of the devastating fire that destroyed great swathes of the capital over a few days in September 1666. 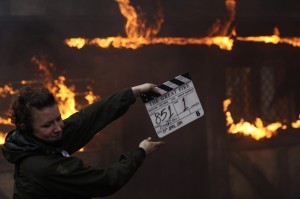 The production team considered filming in historic cities like York, given that few areas of modern London resemble how the city looked even a century ago. Indeed, the crime drama Ripper Street is set in Victorian London but films on location in Dublin, where historic architecture of the era is more readily available.

York was quickly ruled an impractical filming location, however, as the production team would need considerable control over parts of the city for several months of shooting. Instead, Kent, Surrey and Oxfordshire were eventually chosen for complex set builds.

“We decided to build London with Dominic Hyman, the incredibly clever production designer whose previous credits include Rome,” explains Douglas Rae, Executive Producer with Ecosse Films: “In the space of four months he reconstructed a very convincing Pudding Lane and the streets nearby, along with the Thames and so on."

“We also made the decision to work with real fire rather than rely on CGI," Rae adds: "So we actually have the fire, smoke and cinders right in front of the cameras with the actors.”

So-called ‘fire sets’ were built near Henley, west of London. “It’s a great thing to have as a producer,” Rae continues: “You spend a lot of money on a set and then burn it down! Some of the sets were built with fire bars and gas pipes running through them.

“We had a big control panel like a spaceship to choose exactly where would go up in flames. You get a whoosh of flames. Then right at the end of filming we burned the whole set down with several cameras running and lots of fingers crossed.” 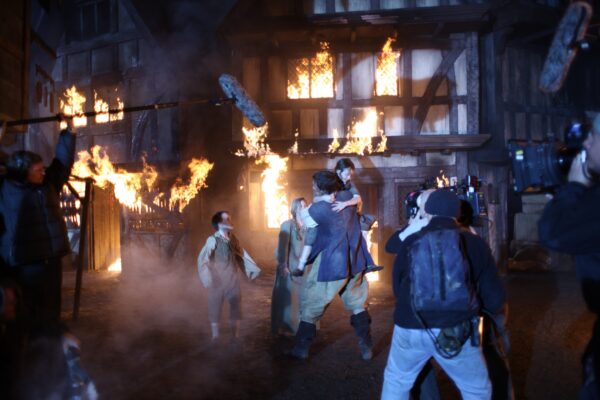 The UK government launched a TV tax credit in mid-2013 that was specifically designed to keep dramas on the scale of The Great Fire filming on location in the UK. In previous years high-end TV dramas have frequently had to seek out cheaper filming locations on mainland Europe, with the BBC miniseries The White Queen largely doubling Belgian cities for 15th century England.

The Great Fire starts in the UK this Thursday evening on ITV.