Game of Thrones films on location in Spain and Croatia

Fantasy drama Game of Thrones has started its Spanish location filming with a shoot in Seville at the Real Alcazar de Sevilla. The show has already filmed scenes for the upcoming fifth series in locations across Croatia. 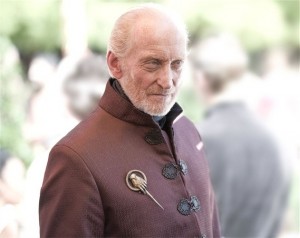 Seville’s royal palace is a popular tourist destination and has been listed as a UNESCO World Heritage Site since the late 1980s. Around 550 locals will be hired as extras, according to news agency AFP, selected from nearly 90,000 applicants. Filming is also scheduled to for the nearby hilltop town of Osuna and local servicing is being provided by Fresco Films.

Spain is likely to get a huge profile boost by hosting Game of Thrones. The country does not yet offer a formal filming incentive for international productions, although a programme is now finally at the drafting stage. More big-budget shoots are starting to film in the country, one of the largest recent examples being Ridley Scott’s upcoming Moses drama Exodus: Gods and Kings, which doubled Spain’s Almeria region for Ancient Egypt.

Game of Thrones is still based in Northern Ireland, shooting studio work at Titanic Studios in Belfast and also filming on location across the region. Elsewhere in Europe, Dubrovnik is the established stand-in for Kings Landing.

“Game of Thrones will always be coming back here,” says Erika Milutin of Dubrovnik-based Embassy Films, which services the Croatia leg of the shoot: “There are new locations every year - so far we have filmed in Split and Klis, and this season Sibenik is our newest addition. In a lot of these locations they will create set extensions or do CG work in post using what they find here as a starting point.”

“When you come to shoot a commercial in Croatia, you get the crew that worked on Game of Thrones,” Milutin adds.