Rafting Alaska is set to become the latest reality series to film on location in The Last Frontier state. Produced by National Geographic Channel, the show will follow log rafters who travel the Yukon River in Alaska collecting and selling logs to local villages and townships in the wilderness. 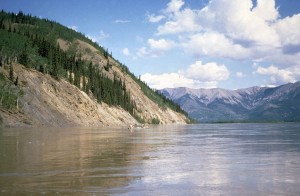 “Rafting Alaska embodies what our viewers want from our programming,” said Tim Pastore, President of Original Programming and Production at National Geographic Channel US.

“We’re giving them a glimpse into the hardcore lifestyle and the pioneering spirit of these tenacious and skilful log-rafting Alaskans, invoking a sense of adventure that’s based on sheer survival and ‘NO WAY!’ moments.”

Alaska offers a generous filming incentive programme worth a base rate of 30%. Producers can in fact get a series of tax credits worth a cumulative total of 58% or more if their shoot dates, filming locations and crew make-up satisfy specific criteria.

Even with a generous filming incentive, Alaska has not found it easy to attract big-budget Hollywood productions. When the incentive programme was boosted in 2012, the fund received a USD 200 million cash injection and this figure is currently designed to sustain the industry until 2018. In the two years since the launch, however, less than USD 20 million has been allocated.

Unscripted ‘reality’ TV dramas like Rafting Alaska are among the most prolific productions to shoot in The Last Frontier state. As such, they account for the vast majority of screen projects that have received filming incentive support since the programme’s launch.