Written by Murray Ashton on Nov 18, 2014. Posted in Interviews

Deborah has lived most of her life in Peru and has spent 15 years working as a Location Manager, Line Producer and Field Associate Producer for productions coming into the country from the UK and the US. She is based in Lima but her work covers the whole country, plus Chile and Brazil.

What can you tell us about your background?

Despite my very British name, I am really Peruvian! My grandfather was a British expat who came to Peru after the First World War with the trading firm Duncan Fox, which had cotton-related businesses in the region. 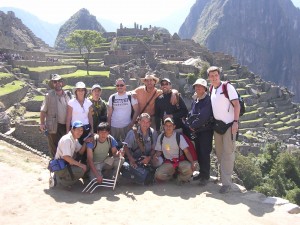 I have lived most of my life in Peru, except for 12 years that I was based in London studying and working in the areas of Environment & Development, and a bit in film too. Soon after I returned to Peru, I started to receive requests from contacts I had in the UK and US to assist them with research and fixing for film and TV productions in the region. Gradually I became involved in this business, which has kept me busy for the last 15 years.

Peru is the third largest country in South America and about five times larger than the UK. It has a population of over 28 million and its economy has been growing at a very high rate over the past decade.

Filming infrastructure is not that comprehensive yet and is still mainly focused on servicing TV commercials and a few feature films a year. But there is a good bilingual crew base and local talent for any drama reconstructions. The most competitive advantage of Peru as a location is the diversity and beauty of its natural scenery and the richness of its cultural and historical heritage, which makes Peru as a whole such a captivating location. 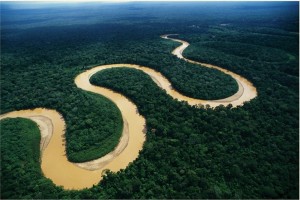 What locations are most commonly used by international film and TV crews?

For many years most crews coming to Peru were mainly looking for locations in the Andes, which offer year-round glaciers above 5,000 metres that are inhabited mainly by Inca descendants still living in a very traditional way and surrounded by a great amount of archaeological sites left by their ancestors.

Machu Picchu and the Cusco region (the capital of the Inca Empire) have definitely been a favourite, as well as the higher altiplano of Puno where Lake Titicaca is found. There are also a few Pre-Inca archaeological locations in northern Peru and the mysterious Nazca lines on the southern coast. The historic centre of the capital Lima is also a favourite as its Spanish colonial architecture is the richest in South America.

What are the more unusual locations that our readers would not necessarily associate with Peru?

Contrary to what many people believe, Peru is not all about the Andes, lamas and Incas! The country has desert and jungles and a good mix of traditional and modern styles of living. A desert coastal strip of over 3,000 kilometres runs the length of the country from north to south along the Pacific Ocean.

This is occasionally interrupted by rivers coming down from the neighbouring Andes, which allow the formation of green oases in the middle of the desert. Around 60% of Peru’s population live in this narrow coastal and arid strip of land.

On the other extreme is Peru's Amazon region, which comprises 75% of the country's territory but only 13% of the population. Here there are huge areas of pristine, mega-diverse Amazon forests traditionally inhabited by many different ethnic groups but at the same time facing increasing socio-environmental conflicts due to new petrol and mining activities quickly developing in the fragile region. 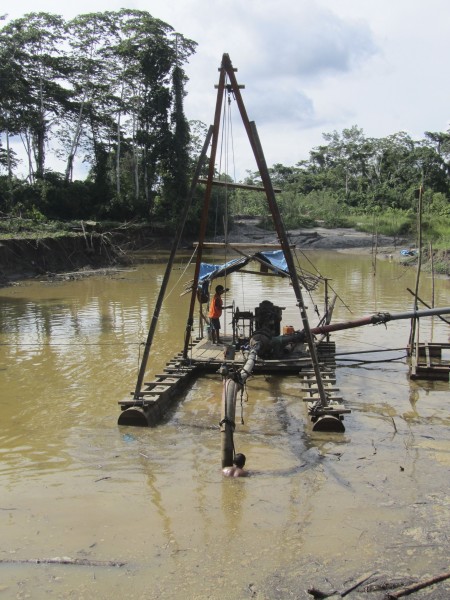 The most difficult assignments have involved large historical drama reconstructions for three different documentaries: Guns, Germs and Steel, Great Inca Rebellion and Lost Cities of the Ancients: The Cursed Valley of the Pyramids, all of which were shot in Peru between 2005 and 2006. As the Field Associate Producer I was responsible for very complex logistics and location situations, and up to a hundred cast and crew.

More recently, I worked on an episode of the reality series Gold Rush, which was shot in two extremely difficult locations in south-eastern Peru. La Rinconada is a hostile Andean village of thousands of informal miners settled at 5,100 metres above sea level in the middle of a glacier and considered the highest inhabited town in the world. From there we moved to La Pampa, an illegal mining settlement in the Amazonian jungles of Madre de Dios region, where we had to eventually escape from a violent situation that emerged from a group of locals that didn’t want the media exposure.

I mostly work on TV documentaries, the latest being Brian Cox's Human Universe and Nat Geo's Planet UFO. Occasionally I also do current affairs like two very recent reports on Peru's growing cocaine production and the war on drugs for BBC’s Newsnight and BBC World Today, with reporter Sue Lloyd-Roberts. 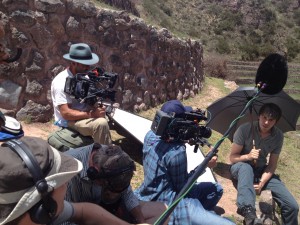 I have also worked on Andrew Marr's History of the World for the BBC a recent series from BBC One. I have also fixed photo shoots and video clip productions in Peru and Chile for international corporations.

Are there any tips that you can offer about filming in Peru?

You need to allow more time on your schedule if you’re shooting during the rainy season (November through March) in the Andes or Amazon. You’ll get a lot of rain each day, which in turn can cause landslides that create access problems in rural areas.

Recce the most important locations whenever you can as information becomes outdated very quickly.

Although not everyone needs to acclimatise to the high altitude, it always proves best to take a good rest or take it really easy the first day when shooting in the Andes. Ignoring altitude on arrival can have consequences later.

Making requests for your shoot far in advance is not necessarily the most effective way of doing things in Peru, as many local people and institutions only pay real attention to your requests when their help is needed imminently! 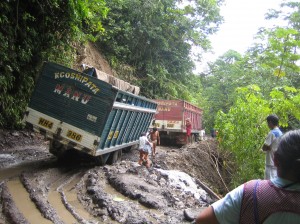 You don’t need to bring local currency with you. American dollars are fine and in most urban areas you can pay many services in dollars or change it easily.

Bring an unlocked mobile hotspot with you for internet connectivity. A local data SIM card can be bought easily and will allow you to navigate on the move whenever hotel connections are slow.

Which are the best regional airports to use?

Jorge Chavez International airport in Lima is the best entry point for crew and equipment. Peru is not a carnet country so to bring in equipment without having to pay a huge cash deposit or issue a bond for its temporary importation the crew needs to either get ‘Press Visas' from the closest Peruvian Consulate at home (allowing for temporary free importation as accompanied luggage) or consult with your local fixer regarding customs clearance when sending it by cargo.

What are the most film-friendly hotels?

In Lima I would recommend the Casa Andina Private Collection (top-end), the Suites from El Condado Hotel and Suites and La Paz Apart Hotel, all of them in the centre of the Miraflores district. The hotel at Lima airport (Costa del Sol Ramada-Lima) is always the best option when you are in Lima just for transit, as the traffic in Lima city is really heavy nowadays.

After a bit of swimming in the sea, I relax on the beach in the summer or have a session of massage in the spa (in winter), followed by a nice meal on the waterside. Fortunately, I can have all that together in a beach club only 15 minutes away from home!