Japanese feature film Persona Non Grata recently wrapped a shoot in Poland. Produced by Cine Bazar of Tokyo and set during World War Two, the movie tells the true story of a Japanese diplomat based in Lithuania who saved thousands of Jews from the Nazis. 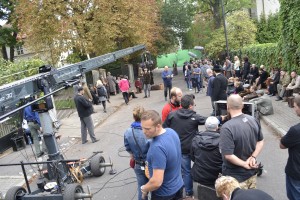 Directed by Cellin Gluck, the movie spans a 20-year period from 1934 to 1955 and Polish locations were used as doubles for Europe, Asia and North America.

Gluck and his team seriously considered shooting in Lithuania as the country launched a 20% filming incentive last year, but the lack of local production infrastructure forced a re-think.

“Looking into things closely, we found that costs would have been at least 20% higher as almost everything would have needed to have been brought in,” Gluck explains: “In essence the rebate would have been – at the very least – nullified and the possibility of the expenses even having increased as a result.”

Poland may have lacked the same level of filming incentive support, but Gluck is quick to praise the pre-production assistance offered by Film Commission Poland.

“Without their in-depth help and exhaustive research, we would probably have taken much longer to settle and be convinced of the feasibility of locating our production in Poland,” he considers.

I would wholeheartedly recommend Poland as a country to base one’s production. The crew are hardworking and of the highest calibre.

Language barriers were among the biggest issues the production team faced during filming. The Japanese and Polish cast had dialogue scenes in Russian, Lithuanian and German, which was a challenge for all involved.

“Luckily we all had English as a common language,” Gluck notes: “However, when each detail needs to be translated in a combination of Japanese, English, Polish and back again, miscommunication is almost inevitable. 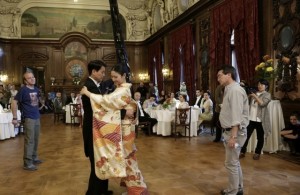 "In the end, the crew devised its own version of Filmesperanto (their own made-up language) which managed to do the trick the majority of the time.”

“I would wholeheartedly recommend Poland as a country to base one’s production,” Gluck concludes: “The crew are hardworking and of the highest calibre, the locations are fantastic and varied (though somewhat less ‘preserved’ than other Eastern European countries), and your budget is certain to go farther than most would imagine. Personally, I can’t wait to return there with another production, big or small.”

Persona Non Grata is scheduled for release in late 2015.