The Kenya Film Commission has reached out to Angelina Jolie in an effort to secure filming for her next project, Africa. Jolie will direct the movie based on the life of paleoanthropologist Richard Leakey, but South Africa currently offers better production support. 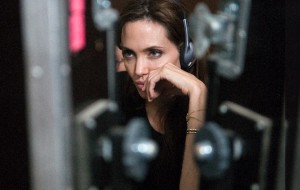 Kenya is nonetheless central to the Leakey story as the scientist has played a major role in conservation efforts and particularly for the protection of African elephants in the region. However, the country does not offer a competitive filming incentive so the Kenya Film Commission is concerned that the movie will shoot in South Africa instead, reports the Star.

“We are in touch with [the producers] and seeing if we can arrange a bespoke incentive package that would work for them and which would be acceptable to Treasury and the KRA (Kenya Revenue Authority),” said Chris Foot, head of the Kenya Film Commission, in comments to the outlet.

“We are currently losing out to countries like South Africa and Morocco on account of the substantial tax rebates that they offer. Kenya Film Commission would like to offer a tax rebate but the ultimate decision will be with Treasury. As an alternative we are putting together an incentive package based on possible tax and VAT exemptions, which we are hoping Treasury will agree to.”

Morocco and South Africa are the continent’s main production hubs. South Africa offers filming locations that offer easy doubles for other parts of the world, backed up by a generous incentive programme and a strong crew base. Morocco is established as a favoured location for desert landscapes and routinely doubles for the Middle East.