Filmmaker Oliver Stone will shoot in Munich, Germany, for a movie based on the story of former National Security Agency (NSA) contractor Edward Snowden. Actor and filmmaker Joseph Gordon-Levitt will play the analyst who leaked secret government documents to the world's media. 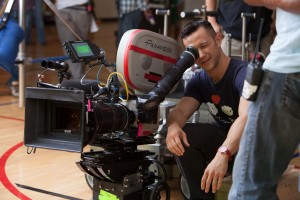 The as-yet untitled film will be based on two separate books recounting how Snowden leaked US government records of global surveillance operations.

He escaped the US authorities by travelling first to Hong Kong and then to Russia, where he was eventually offered asylum. Snowden’s activities amount to the largest-scale leak of classified documents in a generation and have polarised opinion around the world.

Most recently, Steven Spielberg has been directing Tom Hanks in his Cold War drama St. James Place, which has also used Studio Babelsberg as a base.

“A permanent exterior set was always an important element in Babelsberg's attractiveness as a location,” said Studio Babelsberg head Charlie Woebcken when the expansion was first announced.

“We will meet the current artistic and technological demands with the Neue Berliner Straße and hope that the new offer will enable us to continue to acquire both German and international TV, advertising and feature film productions.”