Carnival Films has started filming new historical drama The Last Kingdom for BBC America, with production scheduled for Hungary and the UK. Based on novels by Bernard Cornwell, the drama series will be looking to emulate the success of Game of Thrones and Vikings. 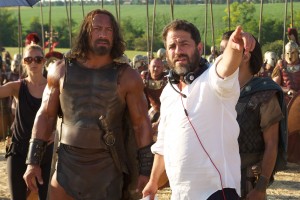 Set in the late 9th century, the story unfolds against the backdrop of the Viking invasion of the land that eventually became united as England. Wessex is the last kingdom standing defiant against the invaders. The series focuses on hero Uhtred, whose loyalties are divided between the Vikings and the Saxons.

“Cornwell’s Saxon novels combine historical figures and events with fiction in an utterly compelling way,” said executive producer Gareth Neame: “In the hands of [writer] Stephen Butchard we believe it will make original and engrossing television drama. In part the epic quest of our hero Uhtred, it is also a fascinating re-telling of the tale of King Alfred the Great and how he united the many separate kingdoms on this island into what would become England.

“Our cast has been drawn together from eight different European countries, providing us with the unique opportunity to create a truly international show, tap into a rich seam of talent and bring them to a new global audience.”

The UK’s TV tax credit is designed to keep productions on the scale of The Last Kingdom filming on location in Britain. However, suitable studio space is limited in the UK and more productions are considering shoots in Eastern Europe where they can find world-class studio facilities and generous filming incentives.

Hungary offers facilities like Origo Film Studio, which recently hosted Dwayne Johnson’s Hercules (above), and the country offers a base 25% filming incentive.