Supernatural TV series Grimm is filming its fourth season in the show’s established home in Portland, Oregon. The production team was attracted partly by Portland’s forest locations that are appropriate for the story’s fairy tale origins, and also by Oregon’s filming incentives. 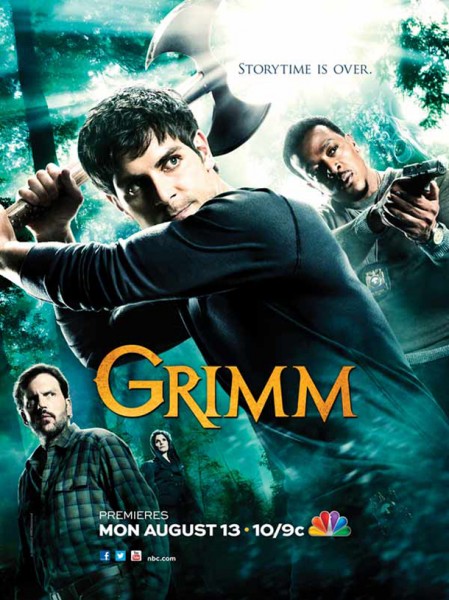 “We knew Portland,” the series Co-Creator Jim Kouf told the LA Times: “We knew that the Grimm Brothers’ fairy tales were mostly based in the Black Forest [in Germany], so we wanted something that was similar – moody, with lakes and rivers and forests and all those things that we needed to give us the atmosphere that we wanted.”

The filming incentives programme in Oregon includes a 20% rebate for locally bought goods and services, and a 16.2% rebate on wages paid to local production crew. Pointedly, the programme is capped at USD 10 million a year, so the state’s appeal is limited to TV and low-budget features.

Portland has a reputation for its rainy climatic conditions, although its annual rainfall is actually close to the US national average. Still, the Grimm production team frequently shoots in wet weather conditions in forested locations around Portland.

Added actor Silas Weir Mitchell to the outlet: “I love the rain, but no, shooting outside is different than liking it when it rains. To be out in it for 12 hours, it just complicates everything. Everything takes longer, everybody’s got a little bit of a shorter fuse, everything’s covered in plastic and you have to wipe everything off, including the camera.”

Grimm has become the highest-profile production to shoot in Portland since producer Dean Devlin’s long-running action drama Leverage came to an end.

Earlier this year Devlin advocated expanding Oregon’s filming incentive programme above the current USD 10 million annual cap. The producer has had to take his big-budget feature film Geostorm to Louisiana, where the filming incentive is much more generous.