Written by Murray Ashton on Dec 8, 2014. Posted in Interviews

Filming in Bariloche in Argentina with Line Producer Patricio Simini

Patricio was born and raised in Bariloche, at the foot of the Patagonian Andes in western Argentina. He began his career working for top production companies in Buenos Aires, before returning to Bariloche as a freelance Producer and Location Manager.

What can you tell us about filming in Bariloche?

Bariloche is the most populous city in the Patagonian Andes. It is one of the main tourist destinations in the country and is the gateway to the immense and mysterious Patagonia. It is surrounded by lakes, rivers, waterfalls, forests and nature reserves, and also has the biggest ski centre in South America. The film industry in the area is growing. Basic equipment and crew are available in the area. 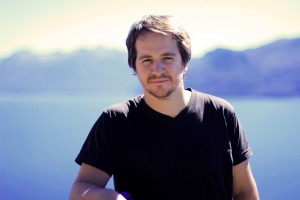 What’s the best way to get to Bariloche?

There are many daily flights to and from Buenos Aires.

Snowy locations from June to September are among the most requested. Mountain peaks, woods, rivers and lakes of clear water, fly fishing spots and fields of flowers.

There are many caves and caverns in the area, and we have the Trochita, an old narrow-gauge railway that is still operating.

The greatest difficulties are usually due to time limitations for initial scouts.

Bariloche is one of the main tourist destinations in the country and is the gateway to the immense and mysterious Patagonia.

Mostly commercials and feature films, plus some TV shows and documentaries. There were three or four productions in the city over summer and last winter we worked for Lakeshore Entertainment, shooting some shots for the opening scene of I, Frankenstein (a shoot that was based at Dockland Studios in Melbourne). 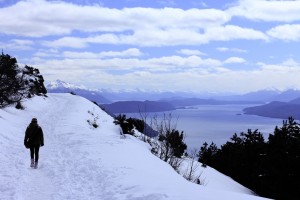 Are there any tips that you can offer for filming in Bariloche?

It is important to have a local Location Manager or Fixer because although Bariloche is a well known city, there are many spots and suppliers that are known and easier to access through a local. Also, the nights can be cool in summer and really cool in winter. Bring good shoes, too, as they’re indispensable for filming in the mountains.

What are your favourite local bars and restaurants?

Local breweries like Berlina, Konna bar and La Cruz, are my favorites.

What would you recommend production teams do to relax in Bariloche?

Taste the local beers and the famous chocolate from Bariloche. Try Mamuschka as it is the best. Enjoy nature!

What do you do to relax and find peace of mind after a shoot?

I enjoy taking walks in the mountains or playing football with my friends.