Written by Murray Ashton on Dec 2, 2014. Posted in Interviews

Daniel Fontoura comes from a family of Brazilian filmmakers. He started his career as an actor in the late 80s before moving into production. He has been a Location Manager for the past 20 years.

Rio de Janeiro is a city with six million inhabitants, economically and socially divided by their areas. The South Zone includes the famous beaches Ipanema, Copacabana, Leblon and Arpoador. We have rich condos and slums side-by-side, with beautiful city views. The West Zone is where we can film paradise beaches with no nearby construction. 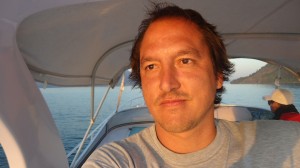 Downtown is the area where we can film great buildings and the centuries-old buildings of a city of Portuguese heritage, mixing old and modern areas. We have many poor communities in this region too, providing very strong and unusual visuals.

The suburbs are the low-income area of the city, where we go when we want to show the typical way of living. Rio is much favoured nationally and internationally for its diversity of locations in a relatively small area, and even more so now that we have had the World Cup and the Olympic Games are approaching.

We have a wide variety of professionals and equipment to supply the whole production market and the industry continues to grow.

What locations are most commonly used by foreign film and TV crews in Rio?

The most filmed places are the beaches, forests and the city centre, all of which are inside a 50km radius. Underserved communities and the modern architecture, led by the great Oscar Niemeyer, are also very popular. 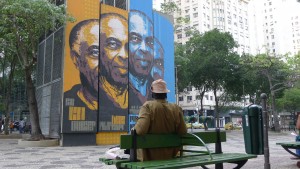 What are the more unusual locations that would not necessarily be associated with Rio?

Those who shoot pretending to be in another country or city can find sites not associated with Rio. With the amount of productions coming from abroad we often have to shoot scenes here pretending the locations are in other parts of the world and we offer many options to do this.

Nowadays my greatest difficulty is the urban mobility. Due to the changes made in the city's infrastructure for the World Cup and the Olympics, the urban traffic is chaotic. My biggest professional difficulty was working on the feature House of Sand, a film shot in the Lençois Maranhenses, Maranhão State in northern Brazil. Lençois is the name given to a national park the size of São Paulo, comprised of rivers, dunes, some villages and many ponds. The access is possible only on four-wheel-drive vehicles, by waterways, small planes and helicopters. It was a big project and very difficult to accomplish. 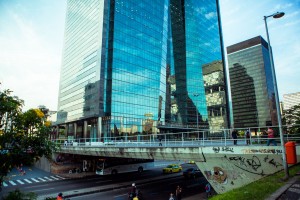 I work on commercials, features and TV series. I work for companies like my father’s firm Canto Claro, Zohar, Hungry Man, Paranoid, Conspiracy Movies, O2 Filmes and Film Planet. Most of them are based in Rio or São Paulo.

Even when we work for international productions, Brazilian companies or subsidiaries are hired to take care of the production service.

The climate is pleasant most of the year. We don't have many consecutive rainy days and we always have the sun.
For me the best time of year is between April and October because the temperature is not too high and we have the best light conditions.

I think every person who comes to Brazil to shoot can do it safely. Rio is a large city that has its problems, but if we take basic measures probably nothing wrong will happen. 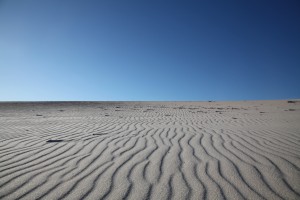 What would you recommend crew and cast do to relax in Rio?

I recommend the main sights of the city: the Pão de Açucar, Corcovado, beaches and forests. It is best to stay in the South Zone, where the best options are close by.

What are your favourite off-the-beaten track Rio bars and restaurants?

My favourite places in Rio are Ipanema and Arpoador beaches in the South Zone and Grumari and Prainha beaches in the West Zone. To go out at night Lapa has excellent choices, but I also love to go to the Baixo Gavea to eat and grab a beer. I'm a fan of Japanese food and my favourite is the Azumi, in Copacabana.

What do you do to relax after a shoot?

What makes me happy is to be working here in Rio next to my two children, Sophie and Gabriel, and of my parents and my wife and family, who also work in the industry. I was born in the cinema industry, I grew up and got married in a cinema environment, and I am now raising my children with faith in my work and my city. I am happy to work with what I like, around my favourite people.