Ben Stiller filmed partly on location at the British Library in London for Night at the Museum: Secret of the Tomb, the third movie in the successful children’s franchise. The film follows Stiller’s night watchman as he has more adventures with historical figures. 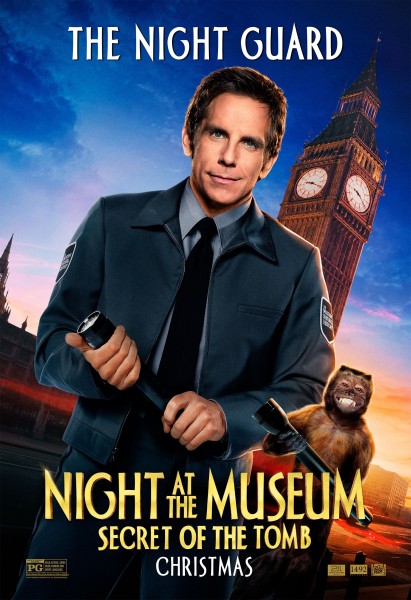 Three nights of location filming took place at the British Museum from closing time until 7am, according to Film London. Filming involved a 40-tonne crane and large helium balloon lights, and the production team even had horses inside the building for the shoot.

“The British Museum is a large organisation which opens its doors to the public every single day of the year except Christmas,” Location Manager Michael Harm told the agency: “To work out a three day shoot around the public as well as the many internal projects and outside corporate events ... was hugely complex.

“The film liaising team at the British Museum were simply fantastic in their understanding of the production's enormous wish list and in being able to help in seeking workable solutions within their complex organisation.”

Additional scenes set in the British Museum were filmed on a purpose-built set in Vancouver. The museum itself is a hugely popular filming location and hosts several dozen shoots each year.

“In our mind's eye I think we have all seen a winged bull fly or these Greek sculptures walk, and we now have the opportunity to see them on the silver screen,” added Sian Toogood of the British Museum, referring to the film’s central concept of the museum exhibits coming to life at night: “I personally have been delighted and proud to have been part of this new chapter in the Museum's film history.”