The UK is set to launch a filming incentive to bring more live-action children’s TV programmes to Britain. A 25% tax credit will be launched in April 2015 to tackle a decline in children’s television programming in the UK over the past ten years. 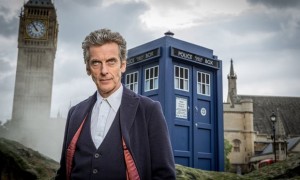 “We will help one area of television production that has been in decline, with a new children’s television credit alongside our new animation credit,” said George Osborne, the Chancellor of the Exchequer, in the Treasury’s Autumn Statement.

The Producers Alliance for Cinema and Television (Pact) welcomed the move, saying the tax credit will encourage major companies like Disney and Viacom to film their children’s television content on location in the UK.

“I am delighted that the Chancellor has listened to both the economic and cultural case for a tax credit,” said John McVay, head of Pact: “Nowhere in the world does better kids' TV than the UK. Time and time again, British TV producers have created the most successful, innovative and creative programmes for children.

“We have seen how successful a tax break for animation has been and we look forward to the boost it will give to children’s live-action TV – it will make a real difference.”

We will help one area of television production that has been in decline, with a new children’s television credit.

George Osborne, Chancellor of the Exchequer

Disney is already filming extensively in London, with Guardians of the Galaxy, The Avengers: Age of Ultron and Star Wars: The Force Awakens shooting through its Marvel and Lucasfilm subsidiaries, respectively. The studio has also shot the TV series Galavant in Bristol. The UK government will be hoping that the studio will expand its British production presence when the new tax credit is launched.