Disney is set to film its remake of the 1977 fantasy Pete’s Dragon partly on location in the West Otago region of New Zealand’s South Island. The production was confirmed for New Zealand last month and will be based at Stone Street Studios in Wellington. 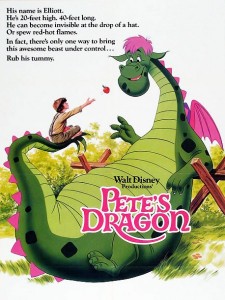 A week or so of filming have been scheduled for the small township of Tapanui, midway between Invercargill and Dunedin, according to the Otago Daily Times.

“It is fantastic to see a film of this calibre shooting in the South Island,” said Kevin Jennings, head of Film Otago Southland, in comments to the outlet: “It is a great opportunity for Otago to feature on the global stage, where the offerings of the region support the world-class infrastructure in Wellington. It is exciting to see the positive benefits a production like this can deliver to Tapanui.”

Southern New Zealand has enjoyed a raised profile in recent months, with Michael Fassbender and Rachel Weisz having filmed 1920s social drama The Light Between Oceans partly on location in Dunedin. Fassbender also previously filmed in the area for his historical drama Slow West.

Stone Street Studios is New Zealand’s production centre and was a base for Peter Jackson’s Hobbit trilogy. James Cameron will also be filming his Avatar sequels in Wellington.

Added producer Barrie Osborne when Pete’s Dragon was first announced for a Wellington shoot: “New Zealand has long been a wonderful partner for film production, and in particular Wellington’s state-of-the-art facilities and filmmaker-friendly community make it an ideal location for filming Pete’s Dragon.”