The new James Bond movie, officially named today by director Sam Mendes as Spectre, will film on location in London, Morocco, Rome, Mexico City and the Alps. Shooting will last seven months and will start next week from its Pinewood Studios base. 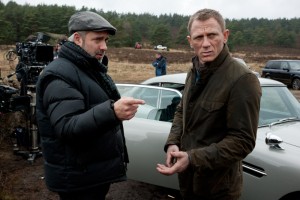 In the long history of the James Bond franchise, Spectre is a criminal organisation otherwise known as the Special Executive for Counter-intelligence, Terrorism, Revenge and Extortion.

Pinewood Studios is one of the UK’s flagship production facilities and recently announced a 15% profit boost for the six months up to the end of September. Star Wars: The Force Awakens wrapped at the studio a few weeks ago and Star Wars 8 will film there next year.

Morocco is among the most popular international filming locations in Africa and routinely doubles for Middle Eastern locations. Tom Cruise has been a recent high-profile visitor for Mission: Impossible 5 and closed a major highway for extensive car chase sequences.

Spectre is the latest major production to choose Rome as a filming location. Italy offers a 25% filming incentive and the cap was recently increased to just over USD 12 million.

The Mexico City shoot will help raise Mexico’s profile as a filming location. Matt Damon’s dystopian sci-fi Elysium has been the highest-profile international movie to have shot in the city in recent years, using it as a double for a future, poverty-stricken Los Angeles.

Previous Bond movie Skyfall filmed its pre-credits sequence in and around Istanbul before shooting extensively in central London locations.

Spectre will be released in October 2015.