Filming Spain: The Location Guide visits the historic city of Valladolid near Madrid

Valladolid is an hour north-west of Madrid and is the capital of the Castile and Leon region in north-west Spain. I'm invited by the Valladolid Film Office to spend a weekend in the historic city and see what it has to offer the international production industry.

The city offers a surprising blend of architectural curiosities dating back to the medieval era when the city first came to prominence.

For a few brief years in the early 1600s Valladolid was the capital of Spain and the city’s historical importance has left a legacy of grand castles, palaces and churches, most of which are within easy walking distance of each other. 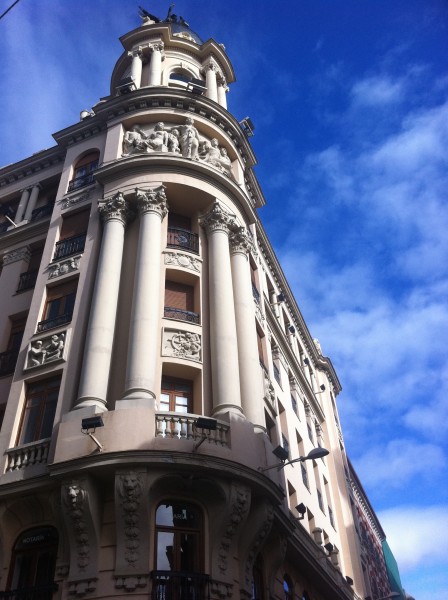 Over several centuries the city fell into decline and as the modern era approached Valladolid’s historical architecture was preserved, rebuilt, modified and reconstructed.

Industrialisation arrived in the 1950s and had a major impact on the city’s visuals. Now the city centre offers medieval treasures and Gothic and Renaissance monuments. These sit alongside concrete 1960s apartment blocks and 19th century town houses masquerading as much older architectural gems.

Valladolid lacks a long filmmaking history but the staff of the recently-established Valladolid Film Office are friendly and highly receptive. The organisation is yet to set up a strong web presence with English-language content but the team is eager to find out how to cater for production needs.

“Valladolid is starting to work in the audiovisual field and has many opportunities for productions that want virgin territory,” says the film office’s Loreto Arenales Gómez.

“The Valladolid Film Office, as part of the City Council, offers all kinds of facilities, resources and connections with all agents involved: police, the fire department, cleaning services, local companies and regional services. Valladolid is cheap and we will do everything we can to make filming as comfortable and smooth as possible.”

The quickest way to reach Valladolid is to fly to Madrid and then take an hour-long trip on the high-speed rail link which connects the two cities.

Realistically, the city will be focussing initially on Spanish shoots and already offers a 24-hour turnaround on permitting clearances, which is a speedier service than in nearby Madrid. The film office is actively consulting with the industry on how to make the city more film-friendly.

Getting there is straightforward. The quickest way to reach Valladolid from outside Spain is to fly to Madrid and then take an hour-long trip on the modern high-speed rail link which connects the two cities. Internal flights connect Valladolid with Barcelona, Malaga and the Canary Islands, which could be particularly convenient for filmmakers already taking advantage of the special tax zones on islands like Lanzarote and Tenerife. 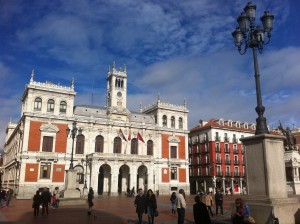 I stay at the Melia Recoletos, one of many comfortable four-star hotels in the city and this one is positioned only minutes from the railway station and across the street from the film office. From here the city centre is also easily accessible and a host of tapas bars and historical restaurants could be a good way to spend some downtime after a long shoot day.

A 30-minute drive outside Valladolid reveals the region’s famous wine country. Five separate winegrowing regions converge in the area and the landscape outside the city is dominated by vast vineyards and historical monasteries.

These places may turn out to be more suitable for downtime activities, although I am also given a tour of the Hotel Residencia Real Castillo de Curiel. Built on the site of a medieval castle in the hills of the Duero Valley, its personalised bedrooms and dramatic setting could appeal to producers either filming in the area or taking a short break after a shoot in Valladolid itself.

The weather takes a turn for the worse for much of this particular weekend. I take in the city sights on a grey November day wrapped in a coat and scarf - the temperature is in fact colder than in London. 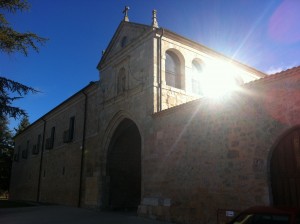 It seems there was a heat wave just a few short weeks ago and summer conditions routinely reach the mid-30s in degrees Celsius. The sun does finally make an appearance on my final morning to tease a glimpse of the city in its full summer glory. Easter is the busiest time of year and the city’s Good Friday processions draw crowds from around the world.

In the context of the international production industry, Valladolid is immediately hamstrung by being a low-profile location in a country that does not yet offer a formal filming incentive. The city has local production resources but given the lack of large-scale regional filming, a question mark inevitably hangs over their capabilities on big shoots.

Valladolid certainly has the potential to develop a production industry, but the city will need to commit to a gradual process of development.