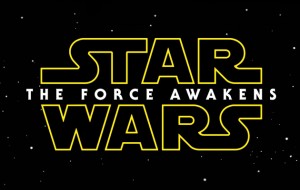 Five new sound stages and ten workshops will be part of the first stage of development and are scheduled to be ready for use in 2016.

Pinewood is the UK’s flagship studio facility and had a strong 2014, recently reporting a 15% profit increase in the six months up to the end of September.

Star Wars: The Force Awakens wrapped at the studio a few weeks ago and Star Wars 8, a standalone feature in the franchise, will be based at the facility in 2015. The Avengers: Age of Ultron was the biggest production to film at Shepperton this year.

All of London’s biggest studio facilities are currently under pressure to expand, as the combination of the UK’s generous filming incentives and world-class crews and infrastructure makes the capital one of the world’s main production hubs.

Five new sound stages and ten workshops will be part of the first stage of development.

Productions coming to London are increasingly creating their own studio space in vacant industrial buildings as a flexible and cost-effective alternative to the purpose-built facilities.

Pinewood is also set to open a new studio facility in Cardiff, while Pinewood Iskandar Malaysia Studios has only been open a short time but has already hosted the major Netflix drama series Marco Polo.