The TV miniseries adaptation of Fargo will return to Calgary to film its second season. Based on the Coen Brothers’ Oscar-winning 1996 movie, the new series will feature different characters and tell a new story set in 1979. 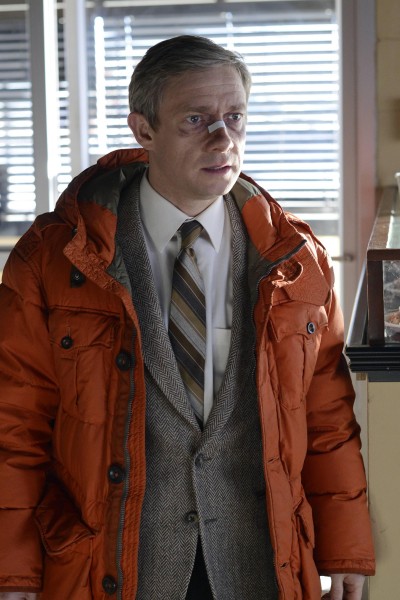 Calgary will again double for rural Minnesota in the new series. The Canadian city has better production infrastructure and local crew have more experience of TV production.

Many of the interior scenes on the first series of Fargo – which starred Martin Freeman (right), Billy Bob Thornton and Allison Tolman – were filmed in warehouse facilities as Calgary lacks a purpose-built studio. This will soon change, with the Calgary Film Centre set to offer 80,000 sq ft of production space when it opens towards the end of 2015.

“The Calgary Film Centre will allow us to grow our local crew and talent base and peripheral industries,” said Luke Azevedo, Commissioner for Film, TV & Creative Industries at Calgary Economic Development, at a groundbreaking ceremony for the studio last month.

Calgary has hosted several series of the Western TV drama Hell on Wheels, plus the TV miniseries Klondike, which recreated the Yukon settlement of Dawson City at the CL Western Studios & Backlot. Christopher Nolan used the Alberta countryside as a double for the American Mid-West in his sci-fi epic Interstellar.