New historical miniseries Marco Polo was the first production to be based at Pinewood Iskandar Malaysia Studios. Launched via online platform Netflix, the ten-part drama was inspired by the story of the famous 13th century explorer.

Marco Polo divided production between two main units and took over Pinewood Iskandar Malaysia Studios in the Malaysian state of Johor, while also filming in Kazakhstan and Italy. An international crew of 1,500 people was brought in from 35 countries, in addition to the core creative team. 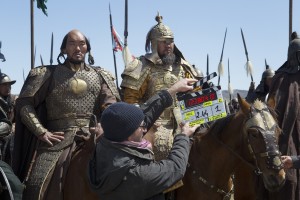 The show was originally set for a China shoot, but this changed when The Weinstein Company took over production. By this time Malaysia had launched its 30% filming incentive and Pinewood Iskandar Malaysia Studios was available for use.

Stephen Marinaccio was one of the first brought onto the ambitious project and became the Unit Production Manager. He worked closely with Producer Richard Sharkey and Mike Heard, who became the Kazakhstan Line Producer.

“When Sharkey, Heard and myself landed in Malaysia, we toured the Pinewood facilities about six months before principal photography was to begin,” Marinaccio recalls: “After our first walk-around tour, we said we’d take it. When the Pinewood representatives asked which parts, we replied: ‘All of it.’”

All five of Pinewood’s Malaysia stages were used, plus a mill space and two back lots. Additional facilities were needed and the Marco Polo team brought in more than 70 additional office cabins and large tents to create extra work spaces. A large holding area was set up for as many as 100 animals at once, with comfortable pens and three full-time minders.

“The demands of a project the size and complexity of Marco Polo would be challenging in many places,” Marinaccio considers: “Pinewood staff stepped up to the tasks at hand, regardless of their lack of experience on any previous film projects.

“Until the lot expands with additional stages, workshops and office space, larger productions will need to rely on bringing in substantial support. Additionally, the surrounding local vendors might expand over time, adding more housing, shopping and entertainment possibilities for crew.”

After our first walk-around tour, we said we’d take it. When the Pinewood representatives asked which parts, we replied: ‘All of it.’

Housing the show’s crew was one of the central challenges of the Malaysia shoot. Some 500 crew were brought in from overseas and had to be housed in 200 separate apartments and six hotels.

“The infrastructure near the studio is not yet developed enough to really make this a non-daily frustration of where to place newly arriving crew,” Marinaccio explains: “Managing this meant educating local real-estate representatives as to the fairly unique and non-year-lease needs of our show.” 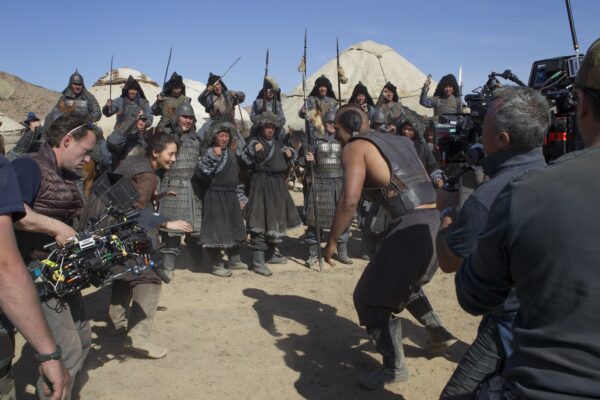 Sourcing equipment was another major challenge, as little was available locally in Johor. Almost everything had to be imported from across the world, with cameras, lighting and grip equipment sourced from countries including Germany, New Zealand, Australia, Thailand, France, Canada, the US and the UK. To add to this, Malaysia does not yet have a proper system in place for importing film equipment.

Marinaccio and his team found issues with the filming incentive as well, the perhaps inevitable result of a film industry branching out to the world for the first time.

“Even with reams of rules and paperwork, the outline of how the rebate would be implemented was not always clear,” Marinaccio says.

He adds that he's confident the system will be refined in the coming years as the government builds its experience of the production industry.

Moving beyond the borders of Malaysia, Heard led three months of prep in Kazakhstan for an eventual shoot of just over two weeks of filming. Locations near Almaty in the south-east of the country doubled for China, Mongolia and “non-descript travelling locations”. Established production hubs including Morocco and New Zealand were considered as shoot locations for these scenes, but Kazakhstan’s vistas and its proximity to the Malaysia base won over the team.

Repeat visits to Kazak locations would not be financially feasible, so scenes from different episodes were sometimes filmed on the same shoot day.

Even with reams of rules and paperwork, the outline of how the Malaysian rebate would be implemented was not always clear.

This presented challenges for costume continuity and set design, while the cast would sometimes work with two different directors on the same day, depending on which episode they were filming from scene to scene. The Kazak locations themselves were largely unchanged, aside from period set dressing and a few small set constructions.

“The biggest challenge of shooting in Kazakhstan was the remoteness,” Marinaccio explains: “To give some idea of this, we were based about four hours from the closest city (Almaty) and from that base we did a daily drive another hour or two deeper into the middle of the country, depending on the day. 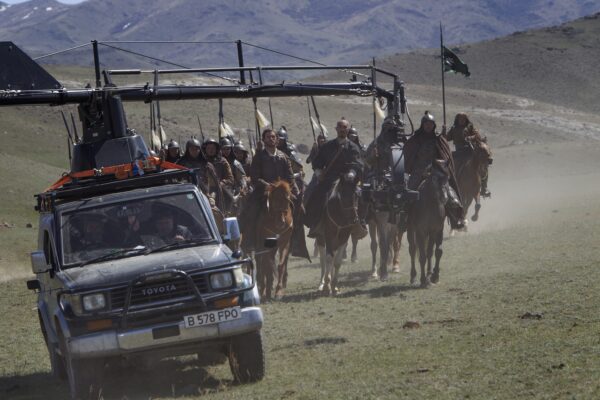 “When I say we were shooting on remote locations, I cannot stress the word remote enough. At every location we had a team of dozens who simply moved tents, bathrooms, horse stalls, catering and all the other core support elements.”

Crew working hours also had to accommodate the travel time, so there was more pressure on set to work as quickly as possible with reduced shooting hours.

The Marco Polo shoot in fact began with four days of filming in Venice as this was where the man himself was born. Here the biggest task was to turn the city streets into the year 1275, which was accomplished through a combination of set dressing with experienced local crew, and the liberal use of visual effects. Moving crew and equipment became the main challenge.

“There are no roads in Venice,” Marinaccio notes: “Everything moves via push-carts and waterways. Often, travel from one place to another is a tour around the island city through the many one-way canals. Best advice for others shooting there is to plan your shoot to move efficiently between places - and watch those water tide tables.”