The Walking Dead spinoff series could film on location in California

A spinoff series from hit zombie drama The Walking Dead could become the first high-end TV production to shoot in California using a boosted filming incentive. California has suffered a serious runaway production problem in recent years, partly because of a limited incentive. 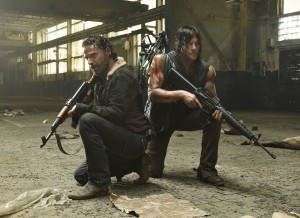 The Walking Dead has been based in Georgia since its launch in 2010, and the show has become a massive ratings winner. A planned spinoff series will build on the drama’s spectacular success by following different characters during the same zombie apocalypse, but the setting will shift to Los Angeles, according to a report from TV Line.

California will more than triple its film fund from 2015 and will expand its production support to include high-end TV dramas for the first time in several years. As a result it will become a more viable filming location for a shoot on the scale of The Walking Dead. California has already attracted the second season of acclaimed crime drama True Detective.

The Walking Dead has helped turn Atlanta into an international production hub. Robust studio infrastructure – including the new Pinewood Atlanta Studios – has attracted the likes of Marvel’s superhero drama Ant-Man, and will bring Captain America: Civil War in 2015.

A spinoff will build on the success of The Walking Dead with different characters during the same zombie apocalypse.

Limits to the size of Georgia’s crew pool are among the state’s main long-term challenges and had an impact on Marvel’s Ant-Man shoot.

Producers of the new Walking Dead spinoff may well be looking for a combination of generous tax credit support, plus locations that look like Los Angeles and potentially offer a visual contrast to the sun-baked landscapes of Georgia.