Peter Jackson's The Hobbit: The Battle of the Five Armies closes the filmmaker’s epic fantasy trilogy. Supervising Location Manager Jared Connon discusses the long months of scouting and Middle-earth’s dramatic journey back to the big screen.

Scouting across New Zealand for the Hobbit films began way back in 2009, with the first location finally confirmed a full two years later. In the early stages final decisions were yet to be made on which scenes would be filmed on location and which would be shot in Wellington’s Stone Street Studios. Connon and his team were given a brief to explore locations both from practical and creative viewpoints.

I would say that 90% of the main unit locations were chosen as they not only fulfilled the visual brief, but they ensured the filmmakers had good, efficient access.

“There was also a significant amount of design work being undertaken at the same time as the scouting, with location stills being used as a reference and backgrounds for the artwork of John Howe and Alan Lee, as the films visual style was being developed,” Connon recalls. 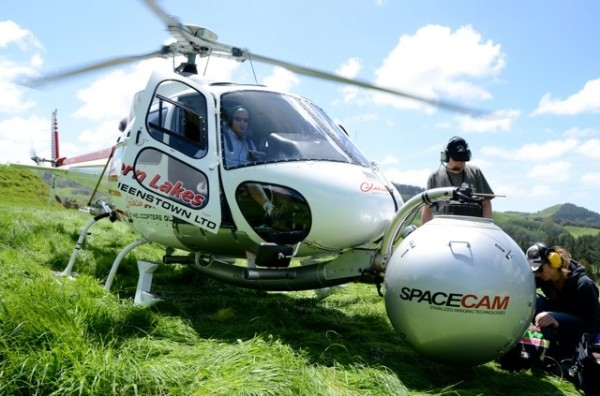 Locations were finalised over a period of six months, although actual filming outside the studio lasted just nine weeks. Jackson directed the main unit, working with the principal cast and around 400 crew members. Andy Serkis directed the second unit – which Connon describes as “definitely the more guerrilla of the two” – and took charge of stunts and aerial footage with a crew of around 200.

While the right look was a major element of the final location selection, “logistical achievability” was also a vital factor. “I would say that 90% of the main unit locations were chosen as they not only fulfilled the visual brief, but they ensured the filmmakers had good, efficient access onto the location so they could maximise their shooting day,” Connon explains.

Setting up unit bases was the more straightforward part; from there the actors and crew had to be physically transported to the actual filming location. A fleet of four-by-four vehicles was used as much as possible and in some cases they had to build their own roads to allow transit. Helicopters came into play for places that would otherwise be completely inaccessible.

Setting up unit bases was the more straightforward part; from there the actors and crew had to be physically transported to the actual filming location.

Special precautions were sometimes needed to make sure the locations were left unscathed. Environmentally-sensitive areas – namely national parks – were avoided as much as possible or used for aerial plate shots for the insertion of CGI characters. When they needed the cast and crew to go in, they had Department of Conservation monitors present and built elevated walkways to physically keep everyone off the ground. 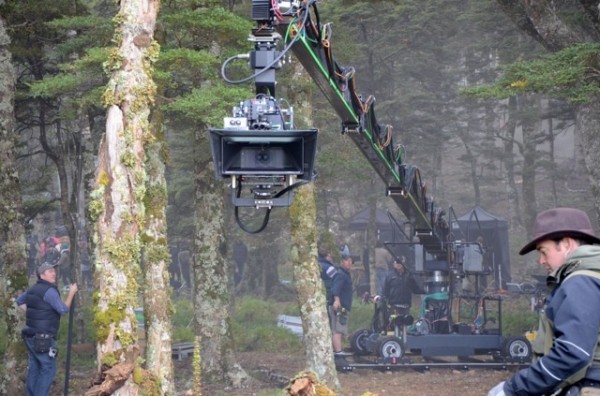 “It was great fun having the opportunity to design and build structures on a grand scale,” Connon considers: “What was even more fun was that nobody on the crew had seen the installation until the morning of the shoot. They arrived in darkness and when the sun rose they could then see the scaffolding descend down the mountainside across a beautiful moss-covered rocky terrain.”

The separate film units were constantly communicating with each other through mobile satellite phones and web connections. This was an “integral part of the production process” given that the principal cast was often needed for both units, so if there were delays of any kind the Assistant Directors had to know about it in order to plan the next few days effectively.

“Peter would be able to receive up-to-the-minute updates on [the second unit’s] progress and often a visual report on their footage, ensuring that both units were able to adapt and adjust their schedules to suit the production’s ever-changing requirements,” Connon says.

It was an intense period and some of the most difficult location shooting that I have personally ever undertaken.

Wet-weather cover sets were prepared in the nearest buildings to the filming locations to avoid huge delays. Rather than having indoor set builds for these facilities, the team laid protective floors in the available spaces and had simple green-screen shots on stand-by in the event of bad weather. In the end these cover sets were needed for just two days in the nine-week schedule.

The main unit was usually in a single location for three or four days. However, at its most dramatic, the schedule they worked out was that the entire unit – comprising over 100 trucks – could drive for five hours through the night and be ready for the first actor to have make-up and prosthetics applied at 4am.

“It was hard work,” Connon remembers: “My team and I all worked for the first month without any days off, with a few all-night shifts thrown in for good measure.

“It was an intense period and some of the most difficult location shooting that I have personally ever undertaken; with safety being a critical factor it was great to know that we had the full support of the production through every step of the process.”