Written by Tony Burlton on Jan 22, 2015. Posted in Contributors

Filming on the Ministry of Defence Estate

For some it may come as a surprise to hear that the UK’s Ministry of Defence (MOD) has been providing film locations for many years. It’s well placed to do so as the MOD is one of the country’s largest landowners. 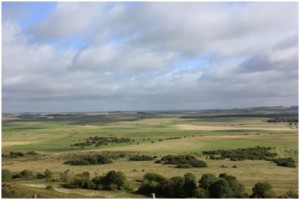 The MOD estate spans some 240,000 hectares, two thirds of which is classed as Training Estate. Spread across the UK, the estate contains some 4,000 built and rural sites with around 40,000 buildings including barracks, warehouses, forts, hangars, dockyards and historic houses.

Locations range from the wide open vistas of Salisbury Plain to the mountainous scenery of Scotland. The landscapes include forests, lakes, woods, heath lands and moorland, and many of the sites are untouched by modern buildings or features.

Filming requests are managed by MOD’s strategic partner Landmarc Support Services, which maintains the Training Estate. It has a dedicated resource which acts as the single point of contact that includes a film location website detailing all the important information and contact details here.

Security is the main issue concerning location filming on the MOD estate. These are ‘secure sites’ meaning crews are in most cases escorted, have a Health & Safety and security brief, and have to provide vehicle registration details along with photo ID. Crews are be expected to remain within agreed filming areas, primarily for their own protection, especially on the Training Estate.

If possible a minimum of ten working days is required for a straightforward filming request but in reality the longer the lead time, the better. Sites are suggested to meet filming requirements. Each site has a filming contact to liaise with production teams and potentially arrange recces.

The usual paperwork will be required, including risk assessments and proof of public liability insurance (both required in order for the MOD to issue a filming licence). Location Managers should engage early with local councils if temporary structures or set builds are required, to see if planning permission is needed. 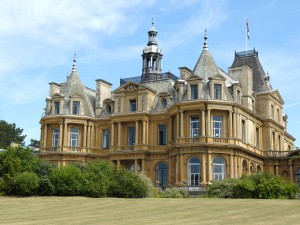 Some MOD sites are designated Sites of Special Scientific Interest (SSSI) and while that doesn’t exclude filming, Location Managers will have to engage with Natural England regarding any filming activity.

Done promptly, all these actions will help to speed up the process. If a request has ‘military content’ then it will need to be first cleared by the MOD’s communications team.

We undertake numerous filming activities on the estate each year and a team of experienced staff understand filmmakers’ needs. We are an affiliate partner of the London Filming Partnership (through Film London) and a member of the Production Guild of Great Britain and work closely with Creative England, British Film Commission, Scottish Screen and the Wales Screen Commission.

Many MOD sites offer the filming industry a high degree of privacy away from the prying eyes of the public. They may also have facilities not readily available at other sites such as firing ranges, specialised driving areas, barracks, trenches and hangars.

Several of our filming locations can easily double for other parts of the world. Sennybridge Training Area in Wales looks like a village in Eastern Europe and was used for a Doctor Who Christmas special and the feature How I Live Now. We have Afghan village sets on Salisbury Plain and in the East.

Hankley Common in Surrey is a frequent double for Scotland and was used for a set build for James Bond’s ancestral family home in Skyfall (below). Salisbury Plain doubled for the Russian Steppes in the epic Anna Karenina and Halton House was used as a palace in Amritsar in the musical film Bride and Prejudice and as a Victorian residence in An Ideal Husband. Hawley Bear Pit became the North/South Korean border crossing in the Pierce Brosnan Bond movie Die Another Day.

There are also sites suitable for specific time periods. Spadeadam in Cumbria has a number of ‘Cold War’ features, Strone in Scotland could be post-apocalyptic and wooden Second World War wooden buildings can be found at New Zealand Camp and Manston. There are a number of forts on the estate, including a Napoleonic Fort at Hythe in Kent which was recently used in the Anglo-French TV drama The Tunnel.

Other productions to have shot on the estate in recent years have included George Clooney’s The Monuments Men at Bramley, Tom Cruise’s Edge of Tomorrow, Guy Ritchie’s The Man from U.N.C.L.E. and Matthew Vaughn’s Kingsman: The Secret Service. Television shoots have included The Honourable Woman at Lydd and Seaford House in Belgravia, Silent Witness, Poirot and Da Vinci’s Demons.