A regional authority in Florida has created a film incentive fund in a bid to secure location filming for Tim Burton’s new movie. Hillsborough County encompasses the city of Tampa on Florida’s Gulf Coast and has approved filming incentives worth USD 100,000. 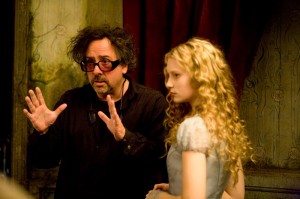 Burton is in pre-production on his new film Miss Peregrine’s Home for Peculiar Children, which could film partly in Florida.

The state has had no money left for its filming incentive for the past few years, so individual counties and cities are making separate efforts to attract specific larger productions.

Hillsborough County has made the USD 100,000 available for the Burton shoot, but the money is dependent on the same sum also being provided by neighbouring Pinellas County.

“My goal is to propel our region to the top of the list of film destinations,” said County Commissioner Ken Hagan in comments to local outlet SaintPetersBlog: “Not only in the state of Florida, but also nationally."

Clearwater in Pinellas County has had some success hosting the true-life Dolphin Tale movies, but these represent the highest-profile productions to have filmed in Florida in recent years.

Despite the lacking of incentive funding in Florida, work started recently on a new studio facility in Miami. The Miami Entertainment Complex is converting an existing building to offer two sound stages and will be under lease to EUE/Screen Gems Studios for a decade when it opens this summer.

Miami hosted long-running spy drama Burn Notice for several years, but since the show ended Florida has not been able to attract another successful English-language TV series.